In the Ruins of Saint Lars  /  Vox Vulgaris 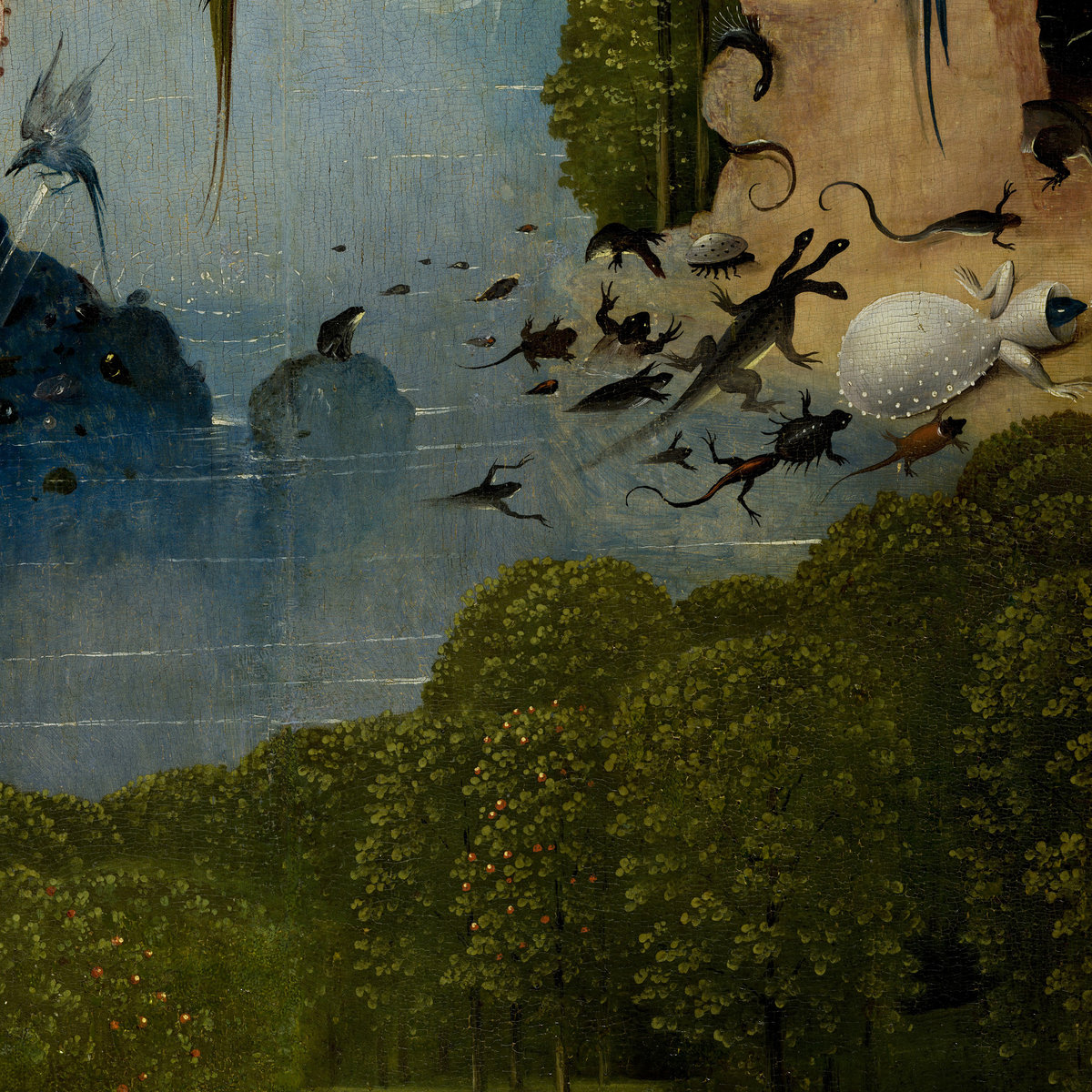 Strictly speaking music didn't exist in the Middle Ages. People did "musical" activities like singing, playing and dancing but had very specific words for them depending on who was doing it and how and why it was done. The "Musica" of the scholars was an art comparable to Geometry.

There was no "music" in itself, it was always bound up in rituals and social settings; martial, ecclesial, courtly, festive etc. An instrument or a melody could belong to a specific place, festival, or social group. Relations were played out ritually by sound. The music of a specific profession might be played in church on a festive day. The trumpets of the nobles would ritually silence other sounds and the work songs or festive music of different groups could intertwine for common tasks.

The voices of polyphonic medieval music were not striving to the common task of resolving in a chord. There was no foreground and background of "melody" and "accompaniment", instead they would all coexist harmoniously but to their own means. Often different types of songs would be combined and sung all at once; one voice could be from liturgy, one a secular love song and the third a political satire.

Music as an abstraction is a very modern phenomena and lexicons usually give a circular definition of "music". People of the Middle Ages did not engage in music for abstract aesthetic pleasure but for specific tasks (which could of course also be therapeutic). There were no general "musicians" in the modern sense and there was no clear cut line between instrumental musicians and jesters. City pipers could have other, often administrative tasks and troubadours were bound up in intricate courtly rituals. Neither did any musical "compositions" exist as immaterial objects. If music was sometimes written down, the score would not be seen as a finished product but as a practical tool used for a specific performance. Compositions did not become commodities and music was not copyrighted until 750 years after the Western system of notation was invented.

Obviously "songs" in the Middle Ages were not organized as 3–7 minute long units arranged with intros and breaks to captivate the attention span of an individual listener. Neither were there any clear distinctions between audience and performer, or even any "stage" or equivalent place in the room from which the music would emanate, possible to capture in two channel stereo. Quite the opposite: church music, for example, would often come from all around, with singers and instrumentalists placed around the room as well as in the upper galleries.

All music is medieval except Oboe Round (Louis Hardin) and La Suite Meurtrière (traditional Swedish and Breton).
All arrangements by Vox Vulgaris.
Recorded in 2002 by Vox Vulgaris in the ruins of Saint Lars Church, Visby.
Mastered by David Svedmyr.