“Is this a genuine medieval CD?” you might ask. Alas, we must confess; it is but plastic and paper. Some historians and more well-read practitioners of early music may say the same thing about the music on this album – and perhaps rightfully so. But we fear that until we invent some sort of time machine, we will never know exactly how music sounded in the Middle Ages.

That being said, 18 out of the 19 pieces of music recorded on this album can be found in medieval and renaissance sources and the same is true of all the instruments featured. However, in Pøbel we choose to approach both as ‘modern-day minstrels’, not trying to strictly recreate historical medieval music, but interpreting and arranging the material in a way that we hope makes it more accessible and enjoyable for modern audiences. Hence we allow ourselves to combine different melodies from across countries and centuries, and to transform solemn hymns into feisty dance tunes and vice versa.

A famous bard once sung; ”It don't mean a thing if it ain't got that swing!”, and that pretty much sums up our approach to medieval music – and to music in general. Nevertheless, the starting point was, and always will be, our common love for good tunes, and an eternal fascination with the past. It is our earnest and sincere hope that this album will be to Your Grace’s liking!

Pøbel would like to thank: Dansk Artist Forbund, Troels Alsted, Agnes Åhlund, Per Tidstrand, Benjamin Tarp our friends and colleagues in Krapyl, Virelai, Luntertuns Artilleri Corps, Company of Crooked Sticks and Genz d'Armes 1415 (pictured on the left). We would also like to thank that English guy and his Dutch friend for acting as extras in the photos that didn’t make it onto this cover.

Last but not least, Mads would like to give a special thanks to Signe Winther, Nicolas Koch-Simms, Patrik Tunberg and our late fiddling friend John Hart - without you there would be no Pøbel. 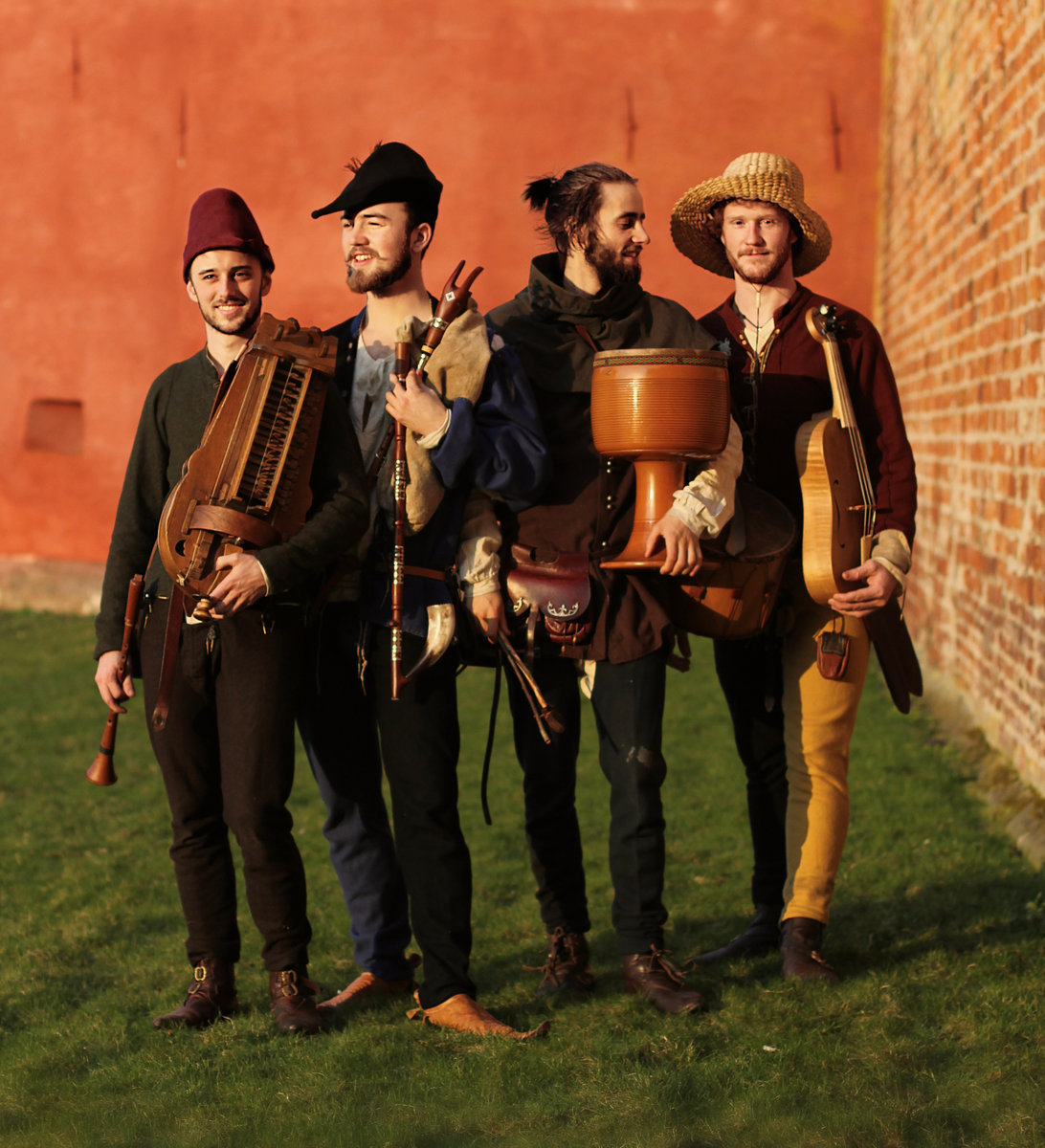