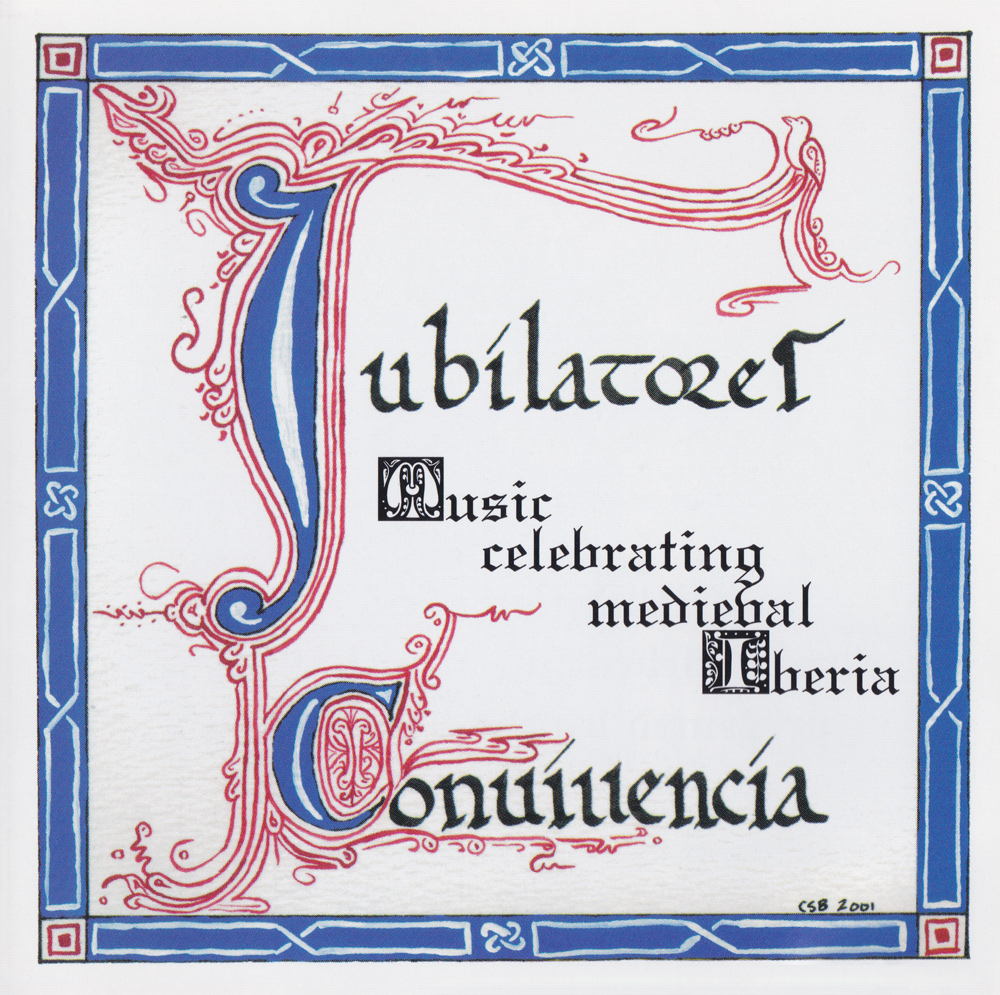 The illustrations depict members of the Jubilatores in the style of Las Cantigas de Santa Maria manuscript, from the court of Alfonso X.

During the middle ages the Iberian peninsula enjoyed the co-mingling of three distinct cultures, known as Convivencia, meaning "dwelling together". Moors, Jews (Sephardim), and Christians, all contributed to the unique cultures of medieval Iberia evidente in architecture, poetry and music.

Alfonso X's court presents in microcosm the intermingling of cultures. Christians, Jews, and Moors played music together. Pictures in Alfonso's manuscripts, one who could be the king himself plays the long-necked lute with a Moor. Someone in a later, less tolerant era scratched-out the Moor's eyes, defacing the manuscript. Much of the most revered Judaic literature comes from this time. Isabella and Ferdinand expelled the Jews from Spain with the edict of Expulsion in 1492. Yet the Sephardic people retained their unique culture, language, and songs to this day. Indeed language scholars believe Ladino, the Sephardic language, still spoken from South America to the Middle East, comes from renaissance Spain. Flamenco folk music of modern Spain reveals Moorish roots in its counter-rythms and passionate vocals.

In the middle ages, as today, people gathered to celebrate. From a family wedding to community festivals, many of the same celebrations still occur today. These celebrations, now and ages ago, include music. Music speaks to the soul. It expresses our joys and sorrows. Music inspires and unifies.

In Convivencia the Jubilatores present a sampling of the music from centuries past. 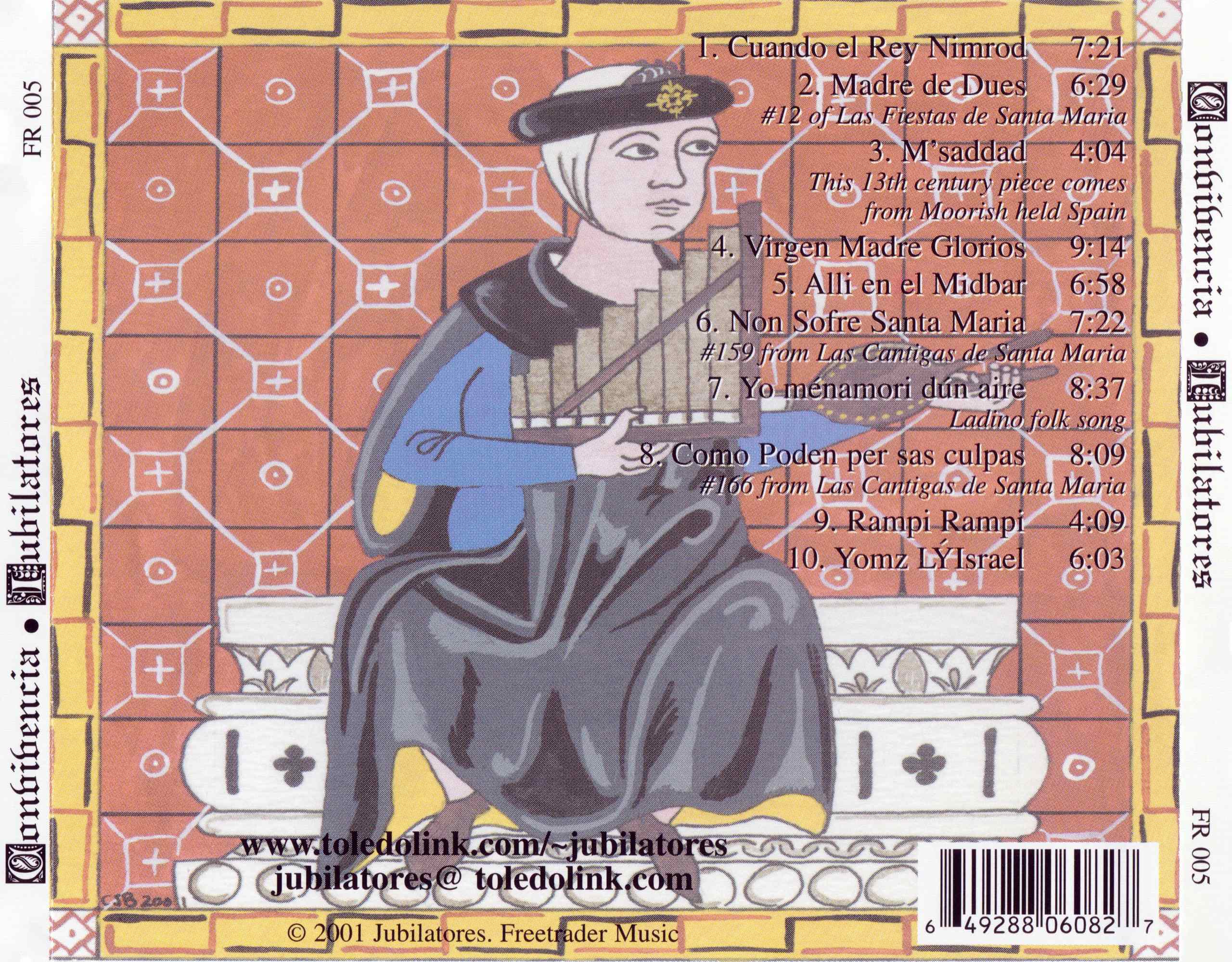