Medieval and Renaissance music from Italy, Spain, France and Balkans 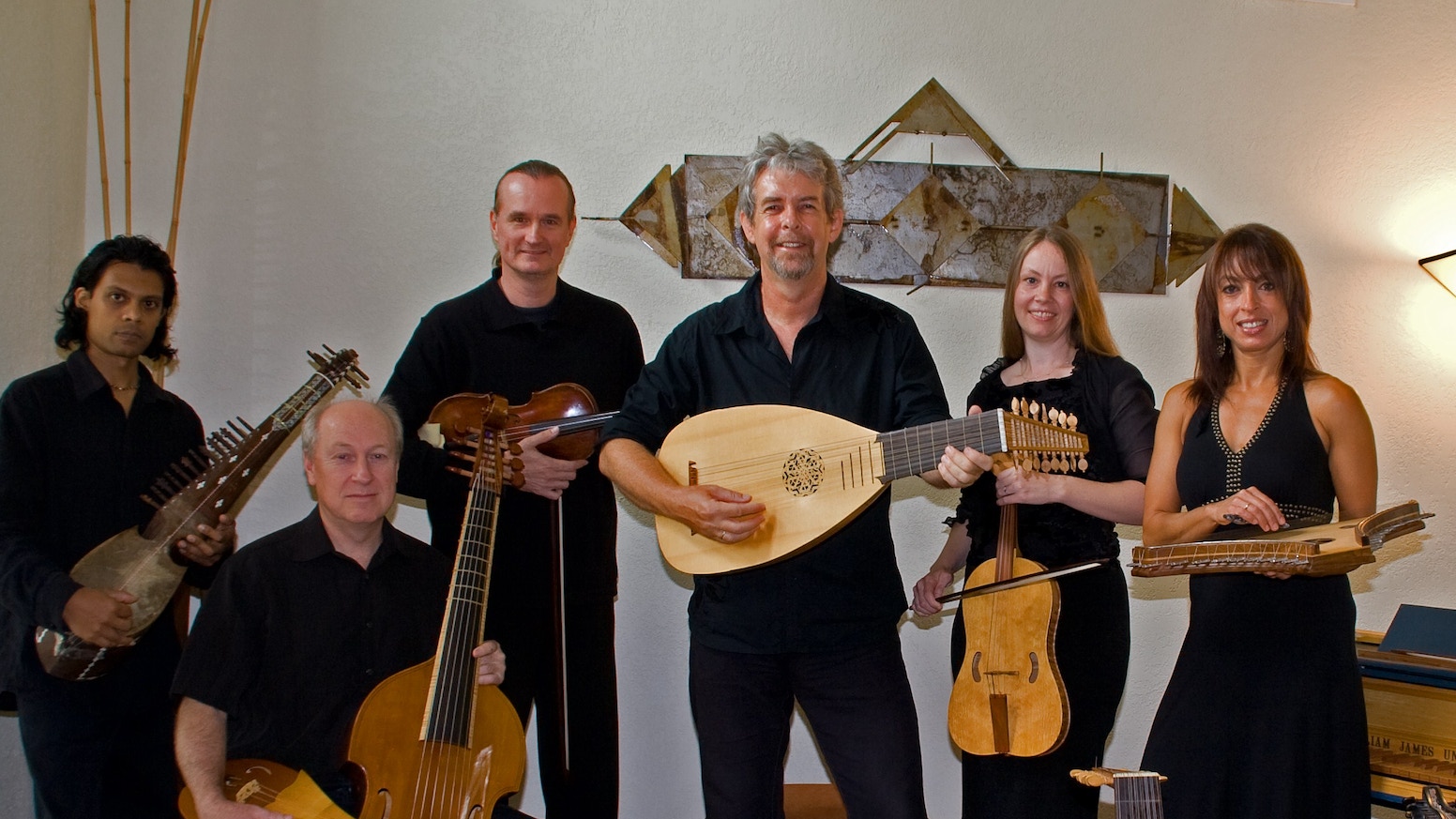 The Austin Troubadours invite you to follow them on a magical musical journey to sun-drenched Mediterranean shores!

For this recording, we have selected a number of Italian “Trecento” dances (Chanconetta Tedesca, Lamento di Tristano e la Rotta, Ghaetta) that come from The Manuscript London, British Museum, Additional 29987, that contains secular Italian pieces from the medieval Ars Nova period (14th century). Composers such as Francesco Landini and Jaccobi di Bolonia dominate the majority of the codex. In addition, there are a few polyphonic secular works, a couple of Mass movements, and a few chants. Unique are the various dances scattered throughout the codex: the manuscript contains nearly half of the recorded dances from the Middle Ages. Most of these dances are notated as single-line melodies, leaving performers to use iconographic evidence and occasional written commentaries to fill in the rest.

The Cantigas de Santa Maria (No. 10 and 166) were written during the reign of the Castilian king Alfonso X “El Sabio” (1221-1284) and are one of the largest collections of monophonic songs from the Middle Ages. Alfonso was a highly educated man whose court hosted many Christian, Arab and Jewish poets, musicians and scientists. During his reign, he compiled, edited and published a number of books with subjects ranging from art and literature to scientific texts translated to Castilian from the Arabic originals. There are some 426 Cantigas, describing the miracles of the Virgin Mary, contained in four manuscripts. Three are housed in Spain (two in the Monastery of Escorial and one in Madrid), and one is in Florence.

Featured on the CD are some of the oldest recorded dances from south of Serbia and Macedonia. (Beda Oro, Juggler’s Play, and Wedding Dance). Strongly influenced by the mingling of different Balkan ethnic groups, this music is characterized by complex rhythmic groupings with odd meter and unique melodic patterns.

We conclude our journey with two Renaissance dances arranged from the original lute tablatures. Passamezzo was a ground bass or chord progression often followed with divisions (variations) popular during the Italian Renaissance. This one is attributed to French lutenist and music publisher Adrian Le Roy (1520-1598). Branle was a popular French Renaissance dance. Named for its characteristic side-to-side movement (French branler, "to sway"), the branle was performed by a chain of dancers who alternated large sideways steps to the left (frequently four) with an equal number of smaller steps to the right.

We hope you have enjoyed being with us on our Mediterranean Journey!