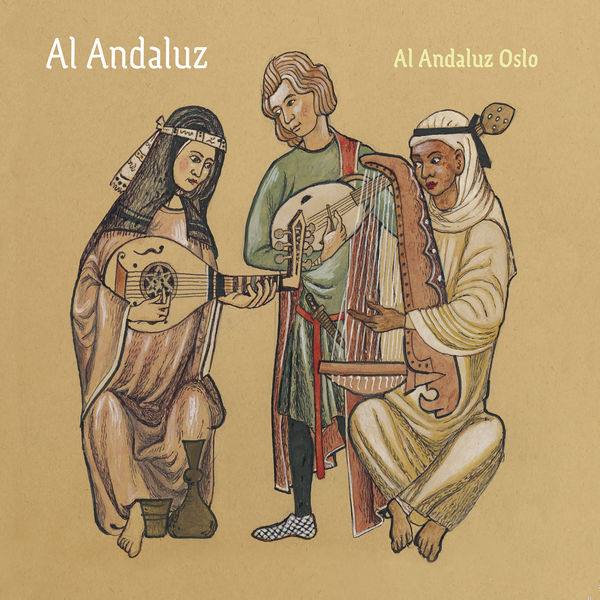 The Norwegian, Oslo-based Al Andaluz band realizes the musical vision of musician-lute player-instruments builder Sverre Jensen who explores medieval music for more than thirty years now. Jensen has built authentic instruments based on ancient sculptures, illustrations from medieval manuscripts and instruments from North Africa of today for the debut album of Al Andaluz, released after fifteen years of activity.

Al Andaluz imagines and in its own way recreates the Andalusian classical music of the Middle Ages. An era often describes as the Golden Age of the Spanish kingdom when Arabs, Christians and Jews lived peacefully side by side and Spain was a leading cultural midpoint for the entire European continent, and Spanish-Arab musicians were sought after as court musicians by the European royals. The music of that era was not written down, but maintained and preserved to this day in North Africa among the descendants of the Spanish Arabs who settled down in Morocco, Algeria and Tunisia, who still call it Andalusian music. The songs of the Spanish Jews – Sephardic Jews, who had to leave Spain in 1492 and then settle down in other Mediterranean countries, kept their ancestors’ Spanish language – now called Ladino, and much of their ballad tradition to this day.

A Morrocan friend of Jensen told him that Andalusian music has been found to have a calming and beneficial effect on patients with nervous and mental disorders! But even casual, relaxed listeners, especially from much colder and darker territories, may enjoy the tasteful and colorful arrangements of these ancient songs. Local folk singer Liv Ulvik’s operatic voice charge these songs with passion, grace and elegance, and the Andaluz ensemble – Jensen on the oud-like lute, flutist Mona Hansen, rebab player-fiddler Kristine Rustad, and percussionist Ulrik Ibsen Thorsrud and Tomas Nilsson – add to these devotional and love songs a timeless aroma.