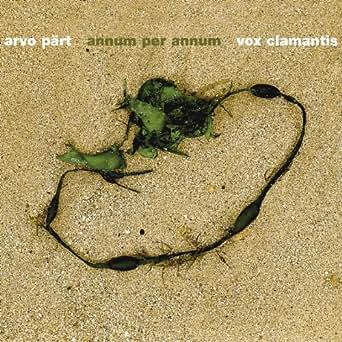 
The letters of the alphabet are not fragments of the thoughts we express through them. Nor is music made up of notes, although all of us have at some time forgotten the fact.

There was a time when it such a remark was pointless. In western Europe, early Christian liturgical repertoires were passed on orally. The novice absorbed the heritage by daily practice, under the supervision of his fellows. Learning by permeation, with the individual gradually being integrated into the community, must have been similar (pre-natal habituation aside) to the way a child learns its mother tongue.

Between the middle of the eighth and the middle of the ninth century, the Popes received the support of the sovereigns of Frankish Gaul, Pepin III (Pepin the Short), and Charlemagne, in spreading as far as possible the liturgy that was currently in use in Rome. Thus, Roman chant, while retaining its modal structure, took on the ornamental formulas of Gallican chant, and the result came to be known as Gregorian chant.

From the Frankish countries, it spread to southern Italy, then to Spain. And in the thirteenth century, Gregorian chant even replaced Roman chant in its city of origin.

As it moved away from its original centre, this new repertoire no doubt met with fresh resistance and further change.

The earliest manuscripts bearing musical notation that have come down to us came into being between the Seine and the Rhine (where the Roman-Frankish synthesis had been accomplished) around the beginning of the tenth century. Their perfection leads us to believe that more tentative efforts preceded them, but unfortunately those have been lost. It is natural to suppose that these manuscripts were a practical response to a problem that was also of a very practical nature: how to propagate and stabilise a repertoire made fragile by the absence of collective memory?

Once Gregorian chant had been established, oral transmission could be resumed. But written music had also come on the scene, although the community no longer needed it in principle, other than as a means of providing copies for monasteries or cathedrals. Now the man who wrote out the music worked alone, without constant supervision from the group, which no doubt often restrained the singers' imagination in their improvisations. Furthermore, the simplicity of the notation made it possible, merely by playing with form, to make radical innovations (the relations between writing and the appearance of polyphony is an interesting subject for speculation), and with chance taking a hand, the most adventurous spirits undoubtedly stumbled across those new ideas.

Those were no doubt the first composers.

The challenge they were faced with was immense. It was no longer a question of using pen and ink to jot down on parchment a reminder of how the music was to be sung, but of giving new life to the signs they traced, making those signs say something. No sooner had notes been invented, than they had to be taken further - a language had to be created.


To a supreme degree, Gregorian chant (like the repertoires it supplanted) was capable of saying everything in the domain that was assigned to it, i.e. the proclamation of liturgical texts.

In a very fine piece of writing, Dom Jean Claire, choirmaster at Solesmes Abbey, makes a distinction between the unique pieces (the great Salve Regina, the offertory Jubilate, the Easter introit Resurrexi) and the melodies that have been sung every day for the past thousand years and more without ever losing the interest of those who sing them (the orations, the preface, the Lord's Prayer). It is in the latter that he sees the true genius of Gregorian chant. He speaks of 'sublime tension' in the first case. But is that 'tension' really a result of the chant? The Resurrexi melody is only remarkable by default, in that it foregoes the emphasis on C that is particularly evident in other fourth-mode introits, and in this it merely conforms to the exceptional solemnity of the liturgy and falls in line with the wonderful intimacy of the text, taken from Psalm 138, which the Church interprets as a dialogue within the Trinity: 'I am risen from the dead and behold I am with thee'. As for the great melisma in the Jubilate, it consists of standard formulas, and the result is perfectly adapted to the word that is thus highlighted. Its uniqueness is quite simple and unselfconscious.

Gregorian chant always does justice to the text it serves and the liturgical context for which it is intended. In the exceptional as in the commonplace, it is always natural and unaffected. Gregorian chant is a language that is capable of expressing everything.


With a drop of ink, with nothing, the composer arranges sounds, creates a language. The more that language has been honed to precise expression, the more limited it is in its capacities of expression. When it comes to setting a text to music, it is as if the composer does not trust the words, as if he wishes to speak in their place, or better. Many have aspired to the 'sublime tension' mentioned by Dom Jean Claire; others, less numerous, have preferred to keep their own identity in the background, in order to explore the full capacities of expression. Like Dom Claire, I would seek those composers among the authors of 'great recitatives', among those whose music is recognised 'for its substance rather than its accidents, for its capacity to express the true essentials rather concentrating on minor details, for its line rather than its ornamentation' - Monteverdi's Lettera amorosa, Bach's Passions, Satie's Socrate, Debussy's Pelléas et Mélisande. And the works of Arvo Pärt (b. 1935). His vocal works, of course, but also a number of purely instrumental pieces (for organ, for example) whose language is suited both to the exceptional (Mein Weg) and to the everyday (Annum per annum, for the Ordinary of the Mass). Gregorian chant is often mentioned as one of the Estonian composer's sources of inspiration, a fact, I believe, that he himself has confirmed. The affirmation could be illustrated by analysis and technical illustration, but what better way to check the truth than to bring together and compare works by Arvo Pärt and Gregorian chant? That is what we have done on this recording, in part of which the pieces respond to each other in a succession devised somewhat like a Mass, while elsewhere vocal fragments have been inserted between the sections of an organ piece (Annum per annum) in order to shed light on its structure. Pärt 's use of very simple means and his selfless devotion to the essence of music justifies this parallel. 'Were it my aim to seek favour with the world, I would have decked myself out more splendidly and I would present myself with more studied gait.' (Montaigne)