The Ensemble Unicorn consists of five musicians specialising in early music. Together with guest-musicians the Ensemble is dedicated to the interpretation of music from the Middle Ages to the Baroque and of works of their own. The aim is always lively authenticity, avoiding the merely pedantic. An original feature of the Ensemble is the approach towards contemporary popular music in new compositions and interpretations of Medieval and Renaissance works, played on original instruments. The compositions by the Ensemble are based on Medieval and Renaissance dances, cantigas and chansons, reflecting the amalgamation of Oriental and European cultural trends. The members of the Ensemble are Michael Posch, Marco Ambrosini, Riccardo Delfino, Thomas Wimmer and Wolfgang Reithofer. 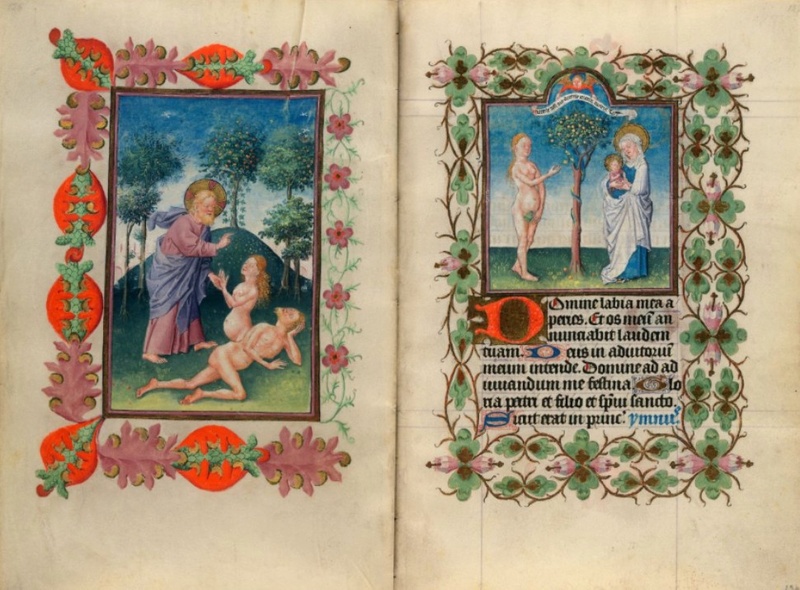 Alfonso X (1221–1284), King of Castile and Leon, began his reign in a highly characteristic manner, by bringing together the staff of the University of Salamanca and explicitly demanding que aya maestro en organo (that there should be an organ teacher). He wanted academic studies to be complemented by artistic study. As a politician and a general he could look back on no great achievements, since the progress of the reconquista had proved troublesome during his reign and court intrigues eventually cost him his throne, yet as a patron of the sciences and arts he won the title el Sabio (the Wise), by which he is remembered in history.

In the thirteenth century on the Iberian peninsula there was hostility between Moslems and Christians in warfare, but in everyday life there was a great deal of religious tolerance and lively exchange between the two opposing cultures. At the court of Alfonso there were learned Arab, Jewish and Christian scholars, who, under his direction, wrote comprehensive works such as the General estoria (General History), a monumental history of the world (fragmentary) and the Siete partidas (Seven Parts), a collection of laws. Special subjects were treated in the Libros del saber de astronomia (Books on the Science of Astronomy), El lapidario (The Book of Stones, Materials and Metals) and the Libros de ajedrez, damas y tablas (The Book of Chess, Draughts and Backgammon). These books today are seen as the foundation of Castilian prose-writing.

In addition to his other scholarly interests, Alfonso also concerned himself with the arts, especially with music; as a young man he had himself composed love-songs. Provençal and Italian troubadours were frequent visitors to the Castilian court and Alfonso served as their patron and provided protection from the Inquisition during the suppression of the Albigensians. The German Minnesang may also have found a place there through Alfonso's mother, Beatrix of Swabia. The monophonic and polyphonic repertoire of Notre Dame was cultivated in the same way as the popular Cantigas de amigo, secular love-songs in Galician-Portuguese, the then poetic language. Music at court was not only performed by Christian musicians but also by Arab players with oriental dancers. In this varied musical life there appeared, with the cooperation and under the direction of Alfonso, the Cantigas de Santa Maria, a collection of more than four hundred monophonic songs. The musicologist Higinio Anglés noted in the preface to his edition of the Cantigas (1943-1964) that even if no other Spanish music of the period survived, this would have been enough to put Spanish music on a par with the music of the other cultured countries of medieval Europe.

The Cantigas have come down to us in four splendid manuscripts, three of them with notation. One of these is in the Spanish National Library in Madrid (No. 10069), a second in the National Library in Florence (Banco rari 20) and two in the Escorial (B.j.2 and T.j.1). They are distinguished by the beauty of their miniatures, and by the special care taken with the notation, of material assistance in the reading of other medieval notation. The miniatures include representations of the king surrounded by scholars and of musicians from all countries and cultures. There are more than forty instruments depicted, fiddle, rebec, gittern, mandola, lute, psaltery, zither, harp, shawm, transverse and straight flute, trumpet, horn, bagpipe, portative organ, drums, castanets, cymbals, glockenspiel and symphonia, a unique compendium of medieval instruments. In the present recording some of these instruments are introduced as musical miniatures between the songs.

In the Cantigas de Santa Maria, also written in Galician-Portuguese dialect, a distinction can be made between the Cantigas de miragre, which recount the miracles brought about by the Blessed Virgin, and the Cantigas de loor (qv. Nos. 10, 60 and 340), poetic hymns in praise of the Virgin. Following strict order, every tenth song is a poetically expressed Cantiga de loor, arousing the most heartfelt religious feelings,and counterbalancing the sometimes trivial, amusing and exuberant stories of the Cantigas de miragre. These latter include, for example, the story of a quarrel between two minstrels, settled by means of a miraculous candle, which bums a foolish bishop who tries to get hold of it (No. 259), of a man who is accused of killing his unfaithful wife and is rescued from his enemies who seek revenge (No. 213); through a miracle a master-builder survives a fall from high scaffolding (No. 249); on Christmas Eve a statue of the Blessed Virgin in a convent starts to move, as if in labour (No. 361); in another story a priest who has made himself underwear from an altar-cloth is punished by the Virgin, who makes his legs grow the wrong way round; a man unable to eat for many weeks because of a rabbit-bone stuck in his throat vomits on the Feast of the Virgin and can eat again (No. 322); the ailing caterpillar of a silk-spinner revives and produces silk again, after she vows that she will make a veil for the Virgin (No. 18); the Virgin appears in a vision to a king who is devoted to her and bows to him (No. 295), The Blessed Virgin appears to kings, beggars, merchants and thieves, peasants and sailors, monks and wandering musicians, and for them works small and great miracles that at the crucial moment bring peace and justice in hopeless situations. These many stories consist of legends handed down everywhere in Europe, tales of everyday happenings seen in a religious light, including events in the life of King Alfonso himself. The present selection is necessarily limited, but an attempt has been made to give an idea of the distinction between Cantigas de miragre and Cantigas de loor in Entre Av'e Eva (No. 60).

The music is as varied as the stories, noted down with great accuracy. Here can be found echoes of conductus, sequences and motets of the School of Notre Dame, of French lais, Provençal troubadour melodies, the Cantigas d'amigo and the folk-songs and dances of Galicia and Castile, a summary of contemporary musical culture.

Arabic influence may have some part in the genesis of the songs, although the tonality of the Cantigas (mainly Dorian and Mixolydian modes) and basic structure are European; the virelai serves as the basic form, already in use with the Latin conductus, and divided into refrain - mudanza - vuelta - refrain (AA-bb-aa-AA, as in No. 361). This was probably perfonned by precentor and choir. This form appears, however, in many variations (No. 10, with AB-ccdb-AB). In addition to the virelai there are, among other things, examples of rondeau, ballade, romance and free song-forms. The special feature of the Cantigas is that many of thern use duple and triple rhythms in the same song (Nos. 18 and 206). In the musical theory of the period the latter were associated with the Holy Trinity as tempus perfectum, and the former with the secular as tempus imperfectum. This peculiarity and the fact that these mixed forms employ both mensural and modal notation in alternation pose problems for the performer which can only be solved, as Higinio Anglés pointed out, by subjective musical sensibility.

In addition to the scope, the variety and other matters mentioned above, the Cantigas have another special feature. The veneration of the Blessed Virgin has its roots in the Eastern Orthodox Church, where she is regarded above all as a simple woman who has experienced all the joys and sorrows of motherhood. She is the intermediary for mankind and a model in her own soul into which the divine seed will descend. On icons she is generally depicted with the child in her arms. Even for the church fathers the Virgin existed in a reconciliation of opposites, with a relationship between Eva (Eve), the first woman, and Mary, greeted by the angel Gabriel with the salutation Ave Maria at the Annunciation. The fall of man was looked on as a source of joy, since it had enabled God to take on human flesh through Mary. O felix culpa, (O happy guilt), wrote St Ambrose in the fourth century in his Easter Hymn.

The height of Marian devotion was reached in the West from the eleventh to the thirteenth centuries, with the Virgin as Queen of Heaven, next to the throne of God, removing her thus from everyday life as Gothic cathedrals rose towards the heavens. In paintings and statues she was often depicted as a separate figure, without Christ. Cathedrals echoed with hymns in her honour, while mundane activities, politics, school lessons, trade in goods and animals and even sexual intercourse took place at the same time in churches, a fact that can be gathered from prohibitions of such activities. At the high point of scholasticism and of these contradictions, man saw himself placed in a duality of disobedience and obedience, pride and humility, sensual seduction and dedication to God - between Eve (Eva) and Ave, as the contemporary pun, with its medieval notions of symmetry and proportion, suggested, while here there was no problem in the fact that Ave depended on the Latin translation of the angel's salutation. This separation is even reflected in the clothing of the time, the mi-parti, with right and left sides in contrasting colours.

In order to bridge the gap between sacred and secular, many retreated into monasteries, while others succumbed to the widespread hysteria of dance epidemics. The Provençal troubadours had tried in courtly songs to sing of the adored lady's divine qualities, combining contradictions, yet this had led to their persecution as heretics. As a troubadour of the Blessed Virgin, Alfonso wanted to renew the bonds that tied ordinary men of all classes to the spiritual world, the notion of such a bond implied in the very word religio, by means of his collection of songs, as is clear from the prologue. Everyman might find his own song which he could sing and dance in her honour (No. 409). It may be imagined that the Cantigas were sung and danced in processions and churches, as they might be in inns for general amusement. They did not only give accounts of miraculous cures, but themselves brought such a cure of sickness and sin.

The value that Alfonso himself placed on the Cantigas can be seen in his last will and testament, devised shortly before his death: Furthermore we command that all books of the Cantares de loar de Santa Maria be kept in the church where our body shall be buried, and that they be sung on the festive days of the Virgin Mary. 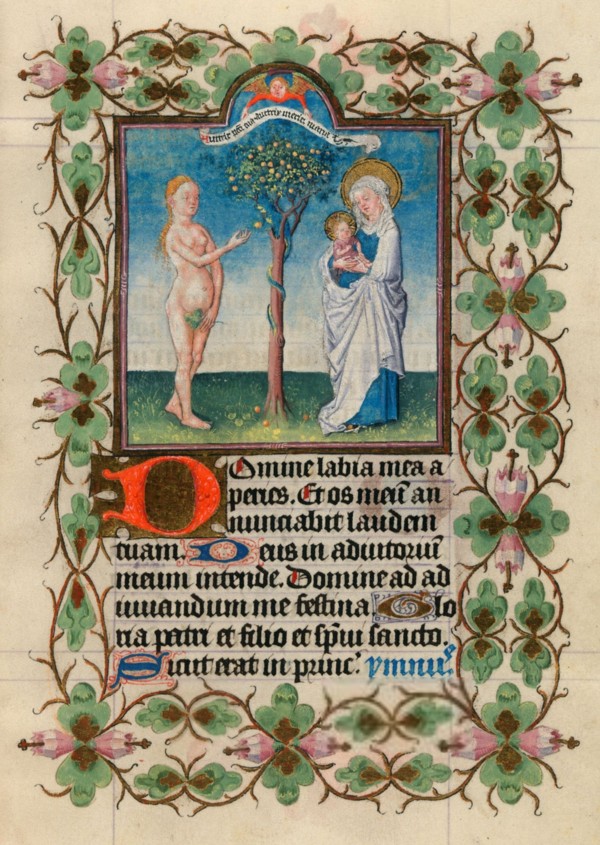 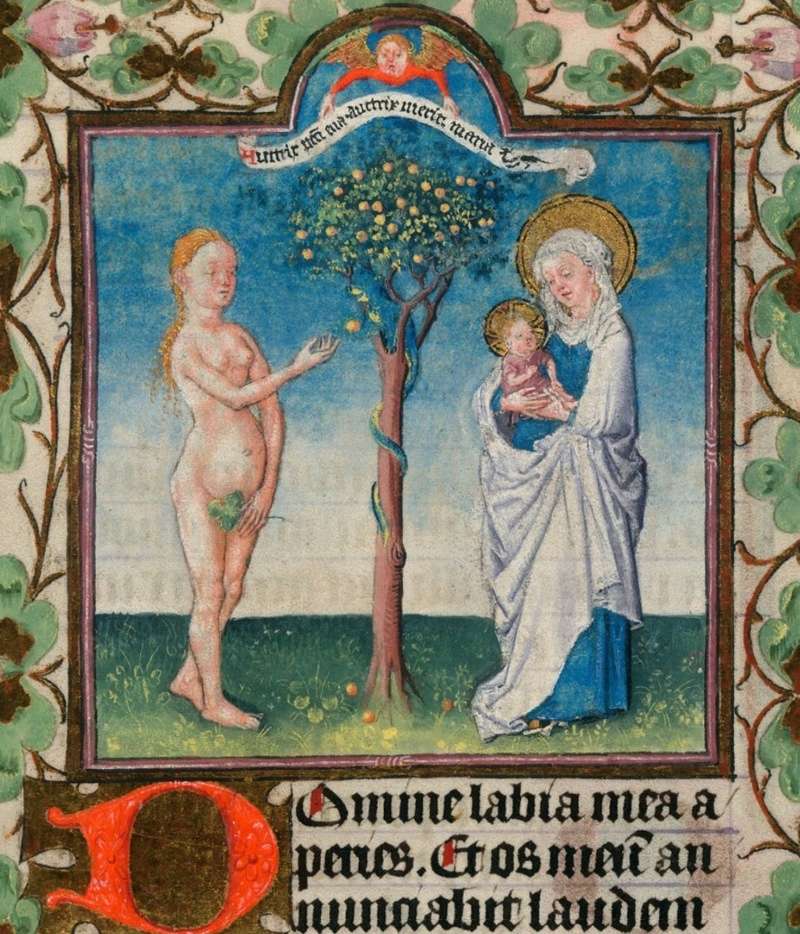