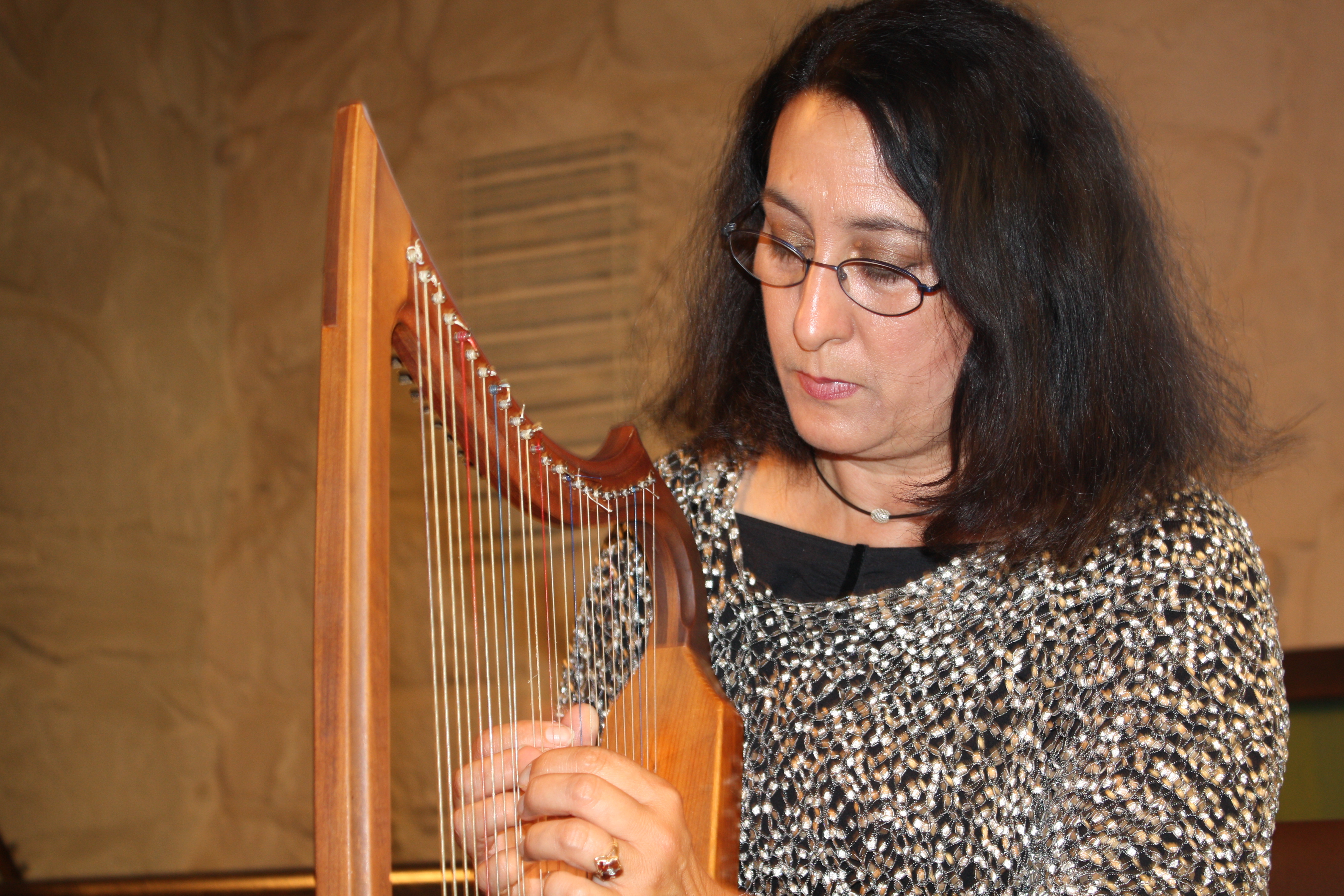 Throughout history women have seemed to exist in the shadow of men, their personal and economic survival dependent on them. Although womens marginality was to some extent a fact, it is not the whole picture. In Southern France during the 11th and 12th centuries, an auspicious moment for women arose. The Crusades and other wars at that time decimated the male population in the homeland leaving women effectively in charge of their properties. Southern France, unlike England or Northern France, followed the Justinian Code, which allowed women to own their inherited property outright. This, paired with the popularity of the Cathar religion, which believed in the equality of men and women, gave women unprecedented power and freedom, thus enabling the women troubadours (trobairitz) to flourish.

"Une Vie de Femme" seeks to portray the lives and feelings of these medieval women as is reflected through the music and poetry of the time. While many texts and melodies remain anonymous, we have some clear authorships of women and men in this program. It is for the listener to decide if a different viewpoint or mode of expression between the genders can be discerned. Though this program in no way claims to show a representative comparison of male troubadour and female trobairitz texts, perhaps this small taste will tantalize us into looking more closely for insights into the lives and thoughts of medieval women.

The CD was made with the idea of portraying the lives and feelings of medieval women. There are secular songs of friendship, love, longing and jealousy and sacred music from the cloister and spiritual life.

The music has been chosen on the basis of the texts, composers and the beauty of the music. Its specialness lies in its incredible intensity and intimacy in both the given text and music and its interpretation. The recording itself is of superb quality giving the listener an amazingly clear yet warm sound as though having a private concert in a castle chamber.

Appropriately, the performers on the CD are two women playing instruments of the time. Debra Gomez-Tapio brings her learned expertise and confident interpretation of this genre to life. Accompanying herself on the harp, she gives the intense intimacy of a troubadour telling her heart felt stories. Kay Stonefelts diverse background in classical and ethnic drumming as well as her long time experience with hand drumming in medieval music show in her virtuosic ease as a soloist and as an accompanist.


"Une Vie de Femme: A medieval woman's life," is a musical and poetic presentation, from a woman's point of view, of the sorrows, betrayals, longings, and joys of love in medieval times.

This is an enchanting mix of both lively and meditative tracks of early music, sure to surprise and delight general audiences and scholars alike. Recorded in surround sound, this disc of stark intensity brings special appeal to students and scholars of the poetry and music from medieval France and Spain, as well as those of Women’s Studies. Liner notes supply expert translations.

Fioretto Ensemble is a professional early music ensemble founded in 1997. It has been giving concerts in Medieval, Renaissance and Early Baroque music for the last twenty years. The ensemble was founded by singer/harpist Debra Gomez-Tapio and historical dancers Mirja-Liisa Herhi and Antti Talvio. Unfortunately, both Mirja-Liisa and Antti have succumbed to cancer but Fioretto Ensemble continues to work as a music ensemble and keeps Mirja-Liisa and Antti’s legacy alive by collaborating with dancers.

Fioretto Ensemble employs a varying number of professional musicians and dancers in accordance with its programs. Nowadays Janek öller, Mikael Heikkilä, and Ilpo Laspas together with Debra Gomez-Tapio make up the core of musicians. When Fioretto creates larger programs it often collaborates with Lumous Ensemble, a singing ensemble also directed by Debra.

Originally from New York, Debra Gomez-Tapio is the musical director of the Fioretto Ensemble. She studied early music in the United States and received the degree of Master of Fine Arts at Sarah Lawrence College, New York. She continued her studies in Switzerland at the Schola Cantorum Basiliensis as a Fulbright scholar


Gomez-Tapio's speciality is in Medieval, Renaissance and early Baroque music. She is a vocalist and plays medieval harp. She is also a known choral director and vocal coach. While resident in Europe she appeared with numerous celebrated early music ensembles (including Ricercare, the Ferrara Ensemble, and Sequentia). She has over ten recordings on prestigious labels (including Deutsche Harmonia Mundi).

She now lives in Metsäkansa, Finland, teaches at the University of Tampere, holds master classes in early music and voice and directs Fioretto and Lumous ensembles. Since 2005 she has conducted the Handel Oratorio Choir and provided voice training for the Tampere Philharmonic Choir. In 2009 Debra received the Artist of the Year award for the Pirkanmaa region of Finland for her outstanding achievements in choral as well as early music. 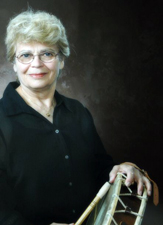 Kay Stonefelt is a Professor of Music and Chair of the Percussion Studies Area at SUNY Fredonia, where she teaches private studio lessons and conducts the SUNY Fredonia Percussion Ensemble. Kay joined the Fredonia School of Music faculty in 1993 while she was concurrently the recipient of a Fulbright Senior Scholar Research Grant to Ghana, West Africa. She is a recipient of a 2006 SUNY Chancellor’s Award for Excellence in Teaching and the 2010 Poummit Faculty Recognition Award in the School of Music.

Kay has performed in Germany, France, and the former USSR with the Stuttgart Opera Orchestra, and presented solo percussion concerts in Munich and Constance, Germany. Kay was a member of the Baltimore Symphony percussion section and, as a New York City freelance musician, she performed in over 20 Broadway and Off-Broadway shows. During her time in NYC, she recorded the music for numerous commercial products and can also be heard in more recent recordings of the compositions of Cindy Cox and Eric Richards. Kay has conducted and performed on several occasions at the Percussive Arts Society International Conventions. As an invited participant, she continues to present workshops and master classes at international institutions and festivals.