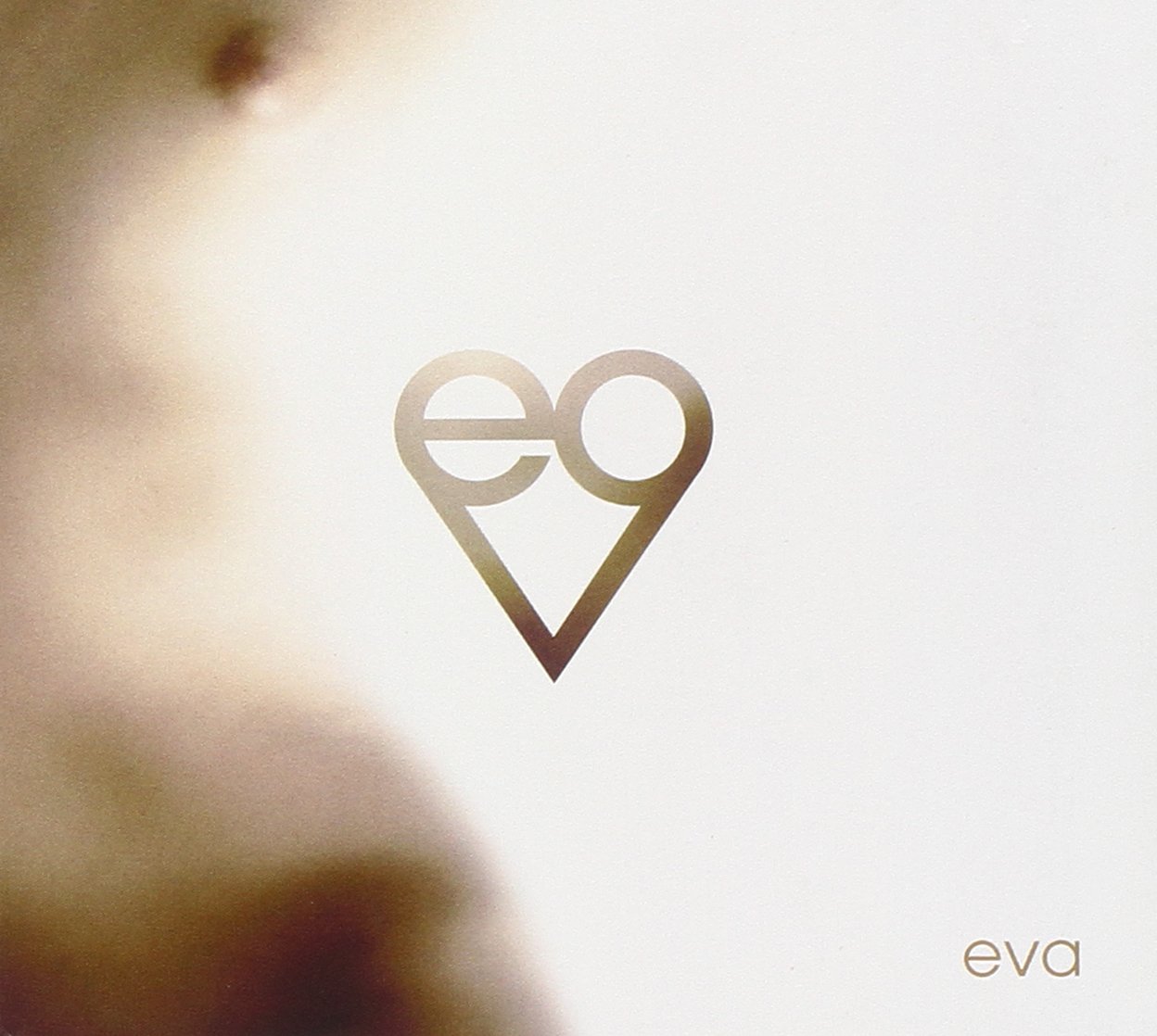 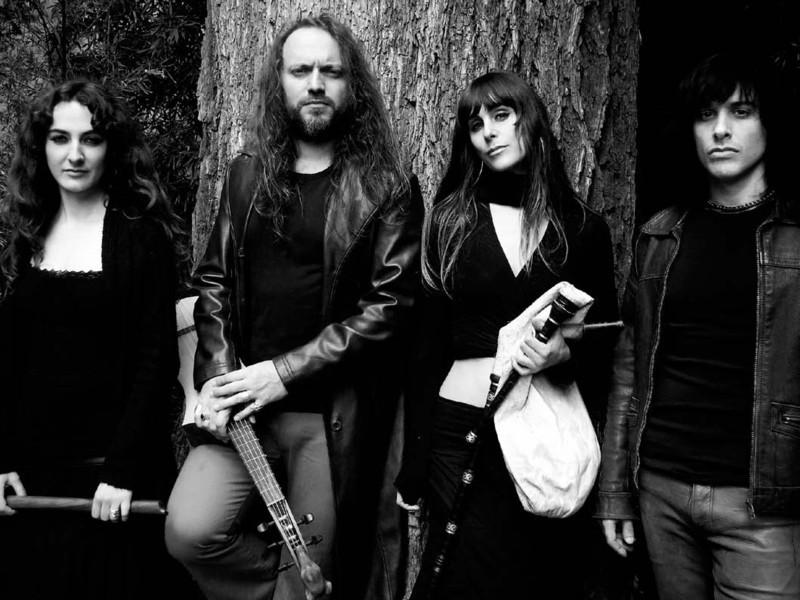 • Edited and mixed in November and December 2011 by Efrén López at the Millenia studios in Valencia, Mohlos in Mohlos (Crete, Greece), and during several train, car, underground, bus, boat and plane trips in the “Give me the cheapest laptop you have - no, not the ‘most economical’ in sales-speak, but - I insist - the absolute cheapest” mobile studio between October and December 2011.

• Mastered by Efrén López at Ping Pong Master (Valencia) in May of 2012. 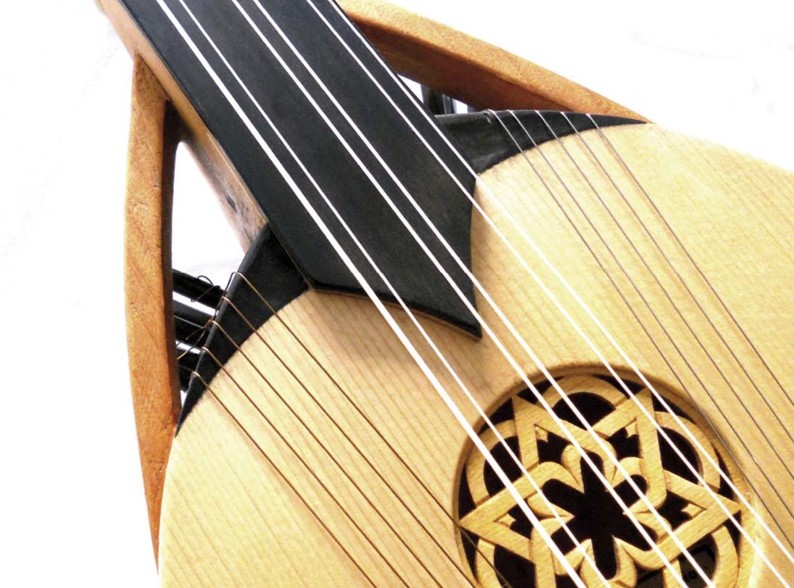 A canso about absence, in which the pain of unrequited love forces the troubadour to leave his familiar surroundings. We have added an instrumental section of our own composition to this magnificent piece, which provides a counterpoint to the main melody in the third verse.

In this, one of the oldest cansons of the Catalonian troubadours, we hear of how the cold pride of a beloved domna causes great suffering and leads to self-imposed exile. We have kept the original melody, but have also added newly composed instrumental interludes in a canon played by two recorders.

Both the dangers and the great pleasures of love are once again the central motif to this monodic Italian ballata, found in the Codice Rossiniano 215 manuscript.

This anonymous contrafactum of a canso by Bernat de Ventadorn shows an example of a musical process typical of the medieval period. It consists of using a well-known melody to intensify or change the meaning of a given text.
Our version transposes the melody into the Lydian mode (F) and the Mixolydian mode (G), and includes two new compositions for three shawns which serve as an introduction and interlude respectively.

Preserved in the Codex London BLA 29987, and composed in 14th century Italy, this is a dance featuring the istampitta, or “stamping of the foot” on the strong beats. The dance had a clear symbolic value in the game of courtly love, as well as providing an important educational tool for refining the rules of courtly behaviour. Two improvised sections on the double flute and tambourine precede the original melody, to which we have added a harmonic accompaniment on the vielle and the bass citole. 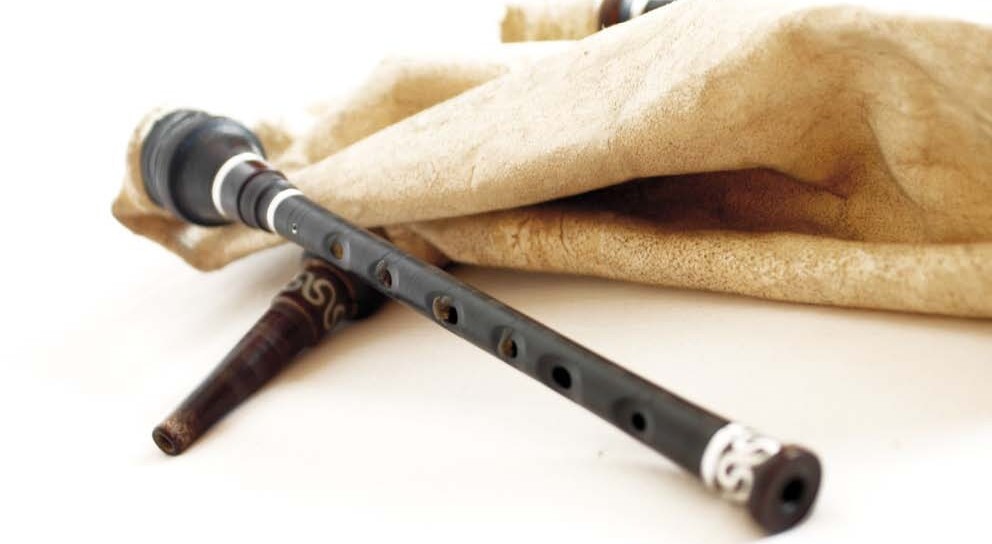 Also known as the canso de lonh, this is the most famous canso by Jaufré Rudel, and it has survived in no less than three musical manuscripts. According to the mythical biography “Vida”, which accompanies the lyrical compositions, Jaufré Rudel, prince of Blaia, fell deeply in love with the Countess of Tripoli without ever having laid eyes upon her, and so set out on a pilgrimage in order to declare his love to her. He is said to have expired in her arms the moment he laid eyes on her. The repetition of the word “lonh” is a poetic device which compounds the sense of longing for an idealised form of love and highlights the ineffability of romantic sentiment.

A song of love composed by Folquet de Marselha between 1180 and 1185. Cited by Dante as an example of excellence in poetic-musical construction, this canso praises the sweetness of a pure love which brings both happiness and pleasure. In our efforts to arrange the original transcript in a satisfactory time signature, we came across this adaptation in 5/8 time which, although historically improbable, impressed us with its force, and provided the perfect excuse to give the piece a popular air with the davoul and the tsambouna.

This instrumental version of a ballade by the trouèe Jehan de Lescurel (ms París BN 146) reflects upon the world of lyrical poetry in the old French of the 13th and 14th centuries, which continued to promote chivalrous values.

This canso was composed in 1213 and dedicated to Pere II of Aragon. The razo (introductory speech) to this song tells of the excommunication of the Count of Tolosa and the subsequent loss of his lands. Within the constraints of courtliness, Raimon de Miraval expresses his hope that on the one hand, the world of chivalry be returned to its former state, and on the other that he can continue to enjoy the courtly love of Leonor, the wife of the Count. In bucolic surroundings Raimon de Miraval sings of his love for this royal lady, paying homage to her beauty and virtues. 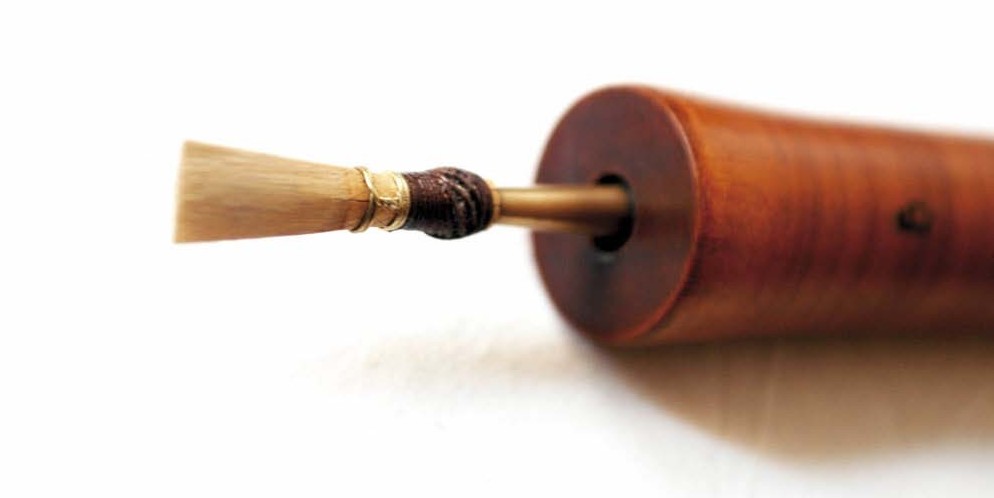 A promise to a lady of eternal love, unconditional surrender. We have taken the liberty of recording this piece as we perform it live, with the added French estampie royale dance to round off the troubadour-like theme.

This canso is a celebration of the excellence of a beloved domna, in which the troubadour asks forgiveness from his lady for his inability to keep his sentiments a secret. In what can be termed an experiment in historical harmonisation we have added a duplum and a tenor to the original monophonic melody, in a style which reigned supreme in Western Europe of the 12th and 13th centuries.

This piece and Isabella, the other istampitta included on this disc, are the two dances taken from the Codex London BLA 29987 which were mysteriously named after women. This compilation of music is of great importance in the world of western musical history, as it provides the earliest written evidence of exclusively instrumental pieces with no accompanying text.

This cantiga is preserved with six others in the Pergamino Vindel, which is the only surviving manuscript with musical notation from this Galician troubadour. The peculiarity of this lyrical composition in Galician-Portuguese is that unlike the previous songs, this is a declaration of love from a feminine point of view, with original expressive characteristics. The voice is that of a domna lamenting the absence of her friend and lover, who is in an unspecified location far away. The love expressed in this cantiga de amigo remains unsatisfied due to a forced separation. The sense of sadness and frustration is set in coastal Galicia and the sea personifies the stormy mood of the enamoured lady. This domna is not in fact an aristocratic lady of the troubadour’s poetic world, but an earthly, passionate and pained creature, expressing her feelings of love. 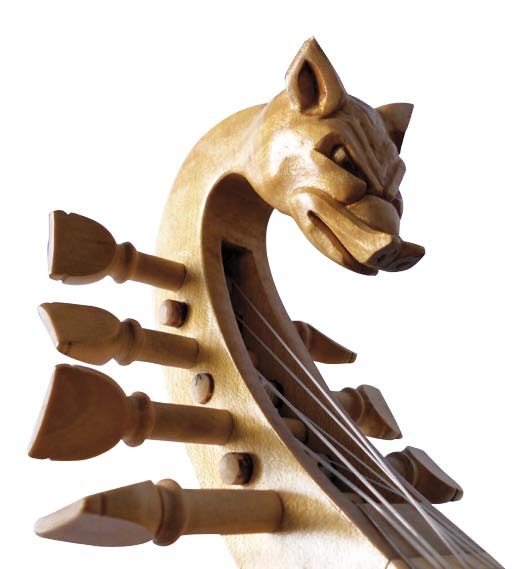 · Claus Altvater appeared whenever least expected and brought with them copious amounts of ideas, has injected enthusiasm, initiative and passion. The expertise he gained working with guitar virtuoso Al Di Meola has propelled this project to completion.
· Constantino López has shown infinite patience and kept faith in the project from the very start, offering his unconditional support to the album and an extremely rare vocation to do things the way they ought to be done.
· Nora Tigges answered our call for her valued assessment of both the texts themselves and out pronunciation of them.
· Juan José Robles provided his un-repayable hospitality time and again during the sessions at Alhama in Murcia.
· Paco Sánchez and María Enguix did the same in Valencia, as always with great affection and joy.
· For the zillionth time, Pasqual Brisa and Eva Ferrando came to our aid in the final stages of the recording, making us feel completely at home among the microphones, cables, nappies, crying babies, and aioli with home-baked bread.
· An anonymous little star took the plunge and posed for the photo session which Gisela M. once again took charge of for us, all the while stoically putting up with our neophyte suggestions.
· Pau Marcos and his vielle had us listening with fresh ears to melodies that we had thought would never surprise us again.
· Diego López has become a worthy ambassador of his manisero pedigree, taking over the studio with a whole range of drums which he used to build authentic walls of percussion.
· We were privileged to have Pedram Khavarzamini in the studio, our jaws constantly dropping at the number of subtleties that only he can draw forth on the tombak.
· Aleix Tobias was like a kid in a toy store - as were we - with his against-the-clock, sleepless, risky, crazy and yet somehow infinitely wise percussion.
Most likely without him even realising it, the exorbitant enthusiasm and altruism of our friend One played a major role in the realisation of this project.
· Moncho Hernández, both in person and with his Volkswagen, has been essential to transporting our instruments and our bods all over the place.
· We have also received unconditional support from Cristóbal Aixendri, Pau Puig, Antoni Segarra, Sara Parés, Dani Carbonell and Marisa Falcó in conditioning and lending us double-reed wind instruments.
· A fistful of luthiers/friends (Asier de Benito, Dimitris Rapakousios, Stelios Petrakis, Vicent Ferrús, Sedo García, Javier González, Juan Ruvira, Jorge Guzmán from Guzz Guitars, Ralf Eickmeier, Marcelo Morillo, J. Eduardo Márquez...) have made and/or conditioned many of the instruments that you can hear on the album, and have lent us a hand with all the accessories.
· If everyone was just like Stelios Petrakis and his family (Zina, Despina, Maria, Giannis, Manolis, Kathigitis, Maro, Nikos, Litsa, Giorgos and grandmother Nafsika) we would find a million reasons to do nothing more than mix albums in Crete and bask in their wonderful affection.
· From Maria Laffitte, to whom this project is dedicated, we learnt some of the songs you will hear and, above all else, to feel real love for this music and its message, symbolism and mystery.

For all of which we are eternally grateful. 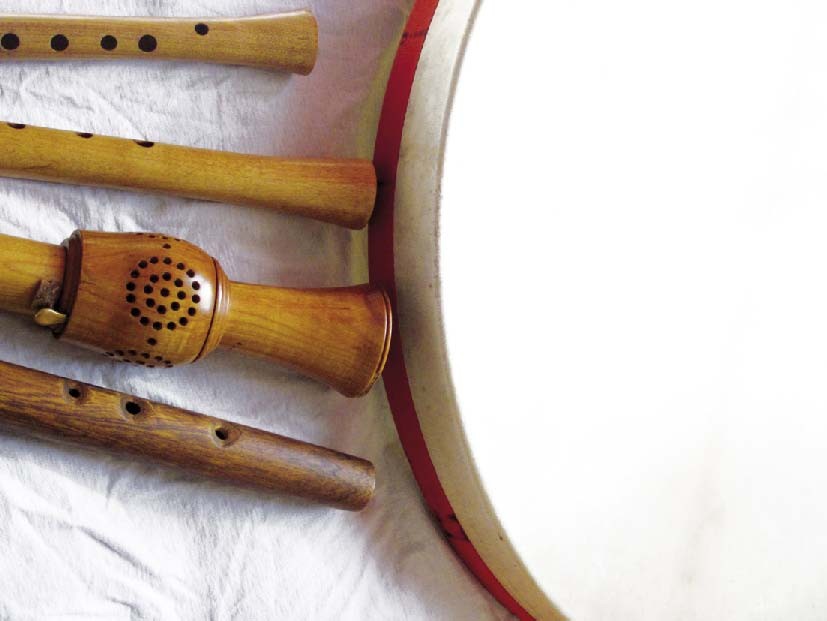