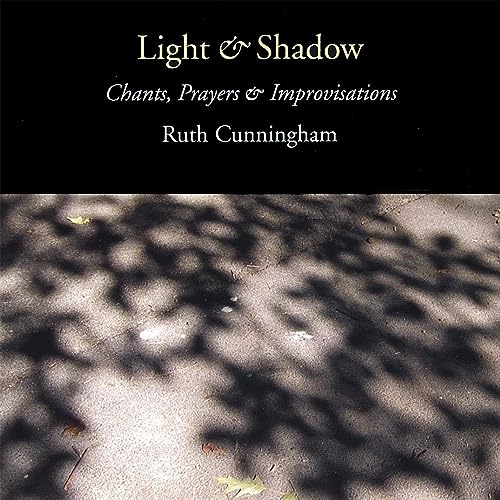 Recorded in August, September and October of 2006
Produced and edited by Adam Sentoni
Engineering and CD masterong: Mark Dann

Texts for What if, Sky, Psalm, Wind, The River Stick, Healing Song,
from Small Bird: Poem and Prayers by Elizabeth Cunnigham © 2000


This program pulls together all the different strands of my life. It uses my training as a singer, flute player, sound healer, my love of improvisation, the modes and  medieval music, my ten years with Anonymous 4 plus the different spiritual traditions that I have engaged in over the years. The program is a mixture of chants, prayers and improvisations in a variety of languages. The texts I chose are from different times and places but I feel they relate to each other on a deep level and I have arranged the pieces to reflect this. All the music except for the Gregorian chants and Cantiga is either composed or improvised by me. I accompany myself on piano, medieval harp and shruti box (Indian drone instrument) and I also play the renaissance flute and recorder.

Scattered throughout the program are six wonderfully evocative poem/prayers that I set to music written by my sister Elizabeth Cunningham (from her book Small Bird, Poems and Prayers). I also improvise on several Latin Marian texts. I include two traditional Gregorian chants and a medieval Cantiga as well as one Hildegard chant in praise of wisdom. I’ve included several Sanskrit chants and I also sing one Gaelic text from the Ceili De a Celtic spiritual order. Near the center of the program is what I call a sound journey. This piece is improvised and will change with every performance. It is an intuitive musical response to the space and those gathered for each concert. As well as singing in the journeys I often use a variety of instruments.

Though some of the pieces are set there is a very strong improvisational aspect to the entire program. It will never be the same twice. Music and sound profoundly affect the body and emotions of the people listening. It can transport you. I look at the whole experience of this concert as a journey. So when it is over people have gone some place with me and I with them.

Ruth Cunningham, one of the original members of Anonymous 4, left the group in 1998 to pursue a career as a soloist and sound healing practitioner. Subtitled "Chants, Prayers & Improvisations," this album consists, except for several traditional chants and a cantiga, of her original compositions, which she sings and plays, accompanying herself on medieval harp, piano, percussion, and shruti box, an Indian drone instrument. She also performs on flute and recorders on several tracks. The music is very much in the tradition of Anonymous 4 -- simple, lyrical, and chantlike -- and Cunningham performs it with the same vocal purity, intensity, and supple musicality characteristic of the ensemble. She takes traditional Western and Hindu sources as her texts, as well as several atmospheric poems by her sister Elizabeth Cunningham. Although she includes some extended vocal techniques reminiscent of Meredith Monk, her text setting is always graceful and peaceful. The album, besides being a musical performance, is also very much an exercise in sound therapy, with the intent of creating an atmosphere of healing tranquility. Cunningham's songs may be simple, but they are never simplistic and are certainly never sappy. This album is for anyone interested in extensions of the tradition of chant, women's voices, and uncomplicated but sophisticated music suitable for meditation.