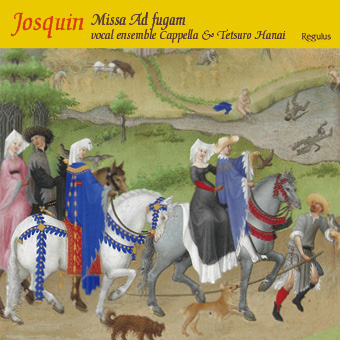 
Continuing with Josquin anniversary releases — & these do seem to have slowed considerably at this point — I hadn't been ordering from Japan much, and so hadn't heard much of the Ensemble Cappella series: It turns out that ordering by email is quite painless & friendly, though, even as prices are a little higher (& liner notes a lot more Japanese) than most sources these days.... And I'm finding this series to be worth hearing — as promised — & in particular for its vocal technique & textures.

And as it happens, the most recent issue shares a program with the first "good" Tallis Scholars album from 2008: The former was actually recorded back in 2013, as apparently they're pacing the releases (although I guess the final, "anniversary" recording was delayed by the pandemic, as they're likewise intending a nine disc cycle...), but is still the latest on offer.

As noted, the strength is in the vocal techniques & so textures, yielding a fine clarity & coherence to many passages. As I understand, the approach is derived directly from that of Rebecca Stewart, i.e. specifically her approach to "modal" singing, and so suffers from the same weakness from my point of view, namely that they don't press through rhythmically driving cadences, tending to engage the sort of cliché sighing ritardandi that I'd found so irritating in performances of this music in prior days....

I should back up, though, and restate that the interpretations from Tetsuro Hanai come from a strong place: Much of the music is indeed performed quite coherently, but per Stewart's ideas on vocal production, the singers aren't able to complete some of the lines. (In the past, I've seen it argued that this was historically valid, i.e. that many ensembles would've basically "punted" on some passages, and sung them more simply....) And I want to highlight this not so much as criticism, but to focus on the musical transitions of the era, namely the high degree of virtuosity coming to be involved in "modal singing" (per Stewart's label), likely stretching such technique beyond some of its ritual orientation, very soon leading into "tonal singing" with modern breath support, etc....

This repertory thus seems to fall on yet another cusp of stylistic transition, the limits of prior singing style being reached — & being refigured into something (perhaps paradoxically) less intimate around the Reformation, i.e. basically more in the line of "professional entertainment" (i.e. exactly as had been criticized in ritual terms!). Anyway, I still find the music of this era to be highly appealing, and the sense that it was breaking technical boundaries for voices — & do note that e.g. the new Ockeghem tour-de-force proves that these works can be performed this way, it's just not easy... — highlights another sort of "end of era" feeling for me as well.

Moreover, Josquin himself adopted various "simplification" ideas in his later works as well, especially (apparently?) around notions of ritual efficacy, so it seems as though such a tension was felt by him personally.... (And that idea does seem to parallel Stewart's notion that something significant was lost with such a shift toward virtuosity....) In any case, then, the Tallis Scholars rendition is not as coherent in its details as are some of their subsequent Josquin releases, but it's relatively coherent — and in a more modern or generic singing style. I end up preferring it, though, because the climaxes in these pieces are exciting.

However, another aspect of the Japanese performance to note is its approach to architectural resonance, which together with the vocal style presents some curious twisting effects... but can also come to obscure some of the lines in a resonant haze. (This aspect of recording continues to be tricky, in terms of engineering, it seems.) In some ways, that also parallels my ambivalent response to this series. (Although do note that, pending more releases around the anniversary, and hence my own "freeze" on new recommendations in this space, their prior L'homme arme album — also recorded in 2013 — is the most satisfying for that program that I've heard to date.... So I don't want to overstate the extent to which Ensemble Cappella is making rhythmic simplifications.

Oh, and perhaps I should note that Stewart herself looks to be releasing a Josquin anniversary program with a new ensemble, so that will be exciting to hear, after quite an interval....) So in sum, I don't find these interpretations to be fully satisfying, but they do offer rather compelling readings of various passages that so often end up murky elsewhere, as well as an overall approach that does "make sense" even if it "leaves some music on the page." (And it'd be nice if selecting Josquin albums didn't involve so much "pick your poison" equivocation, but obviously we're just not there yet.... But then, this era also has an explicit tradition of "music as a challenge" for singers, so perhaps this entire process is quite authentic!) 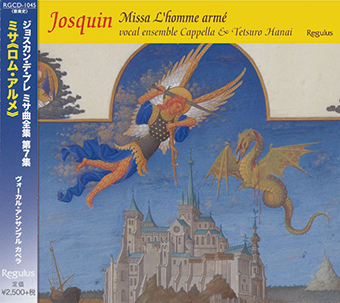 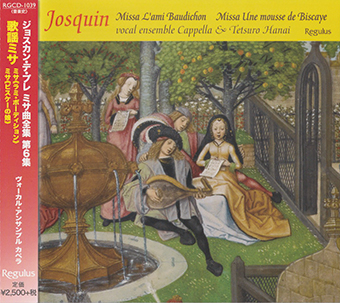 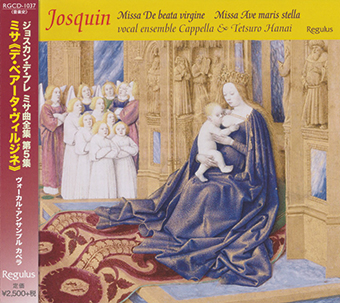 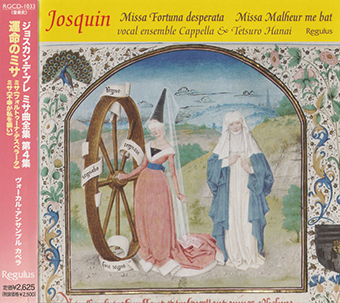 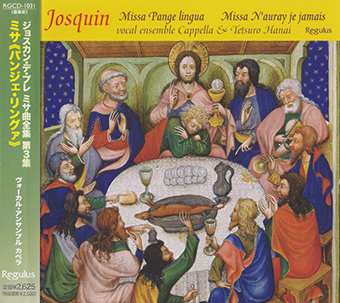 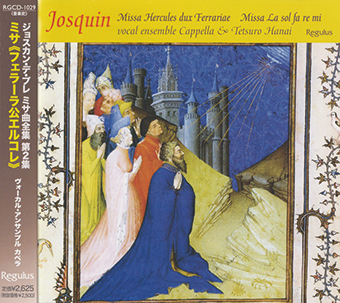 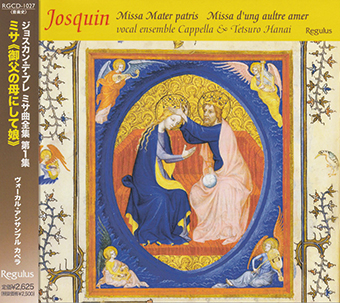