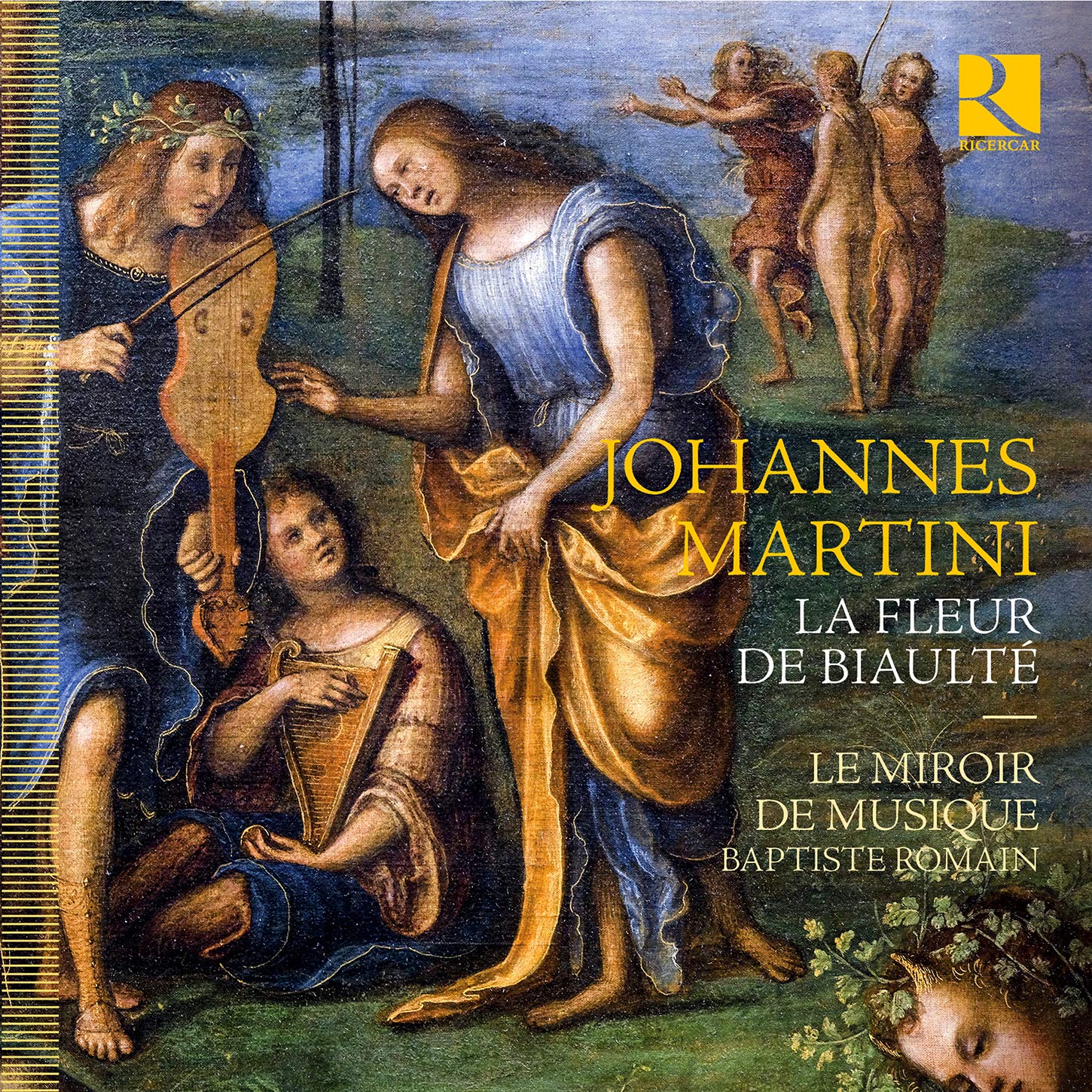 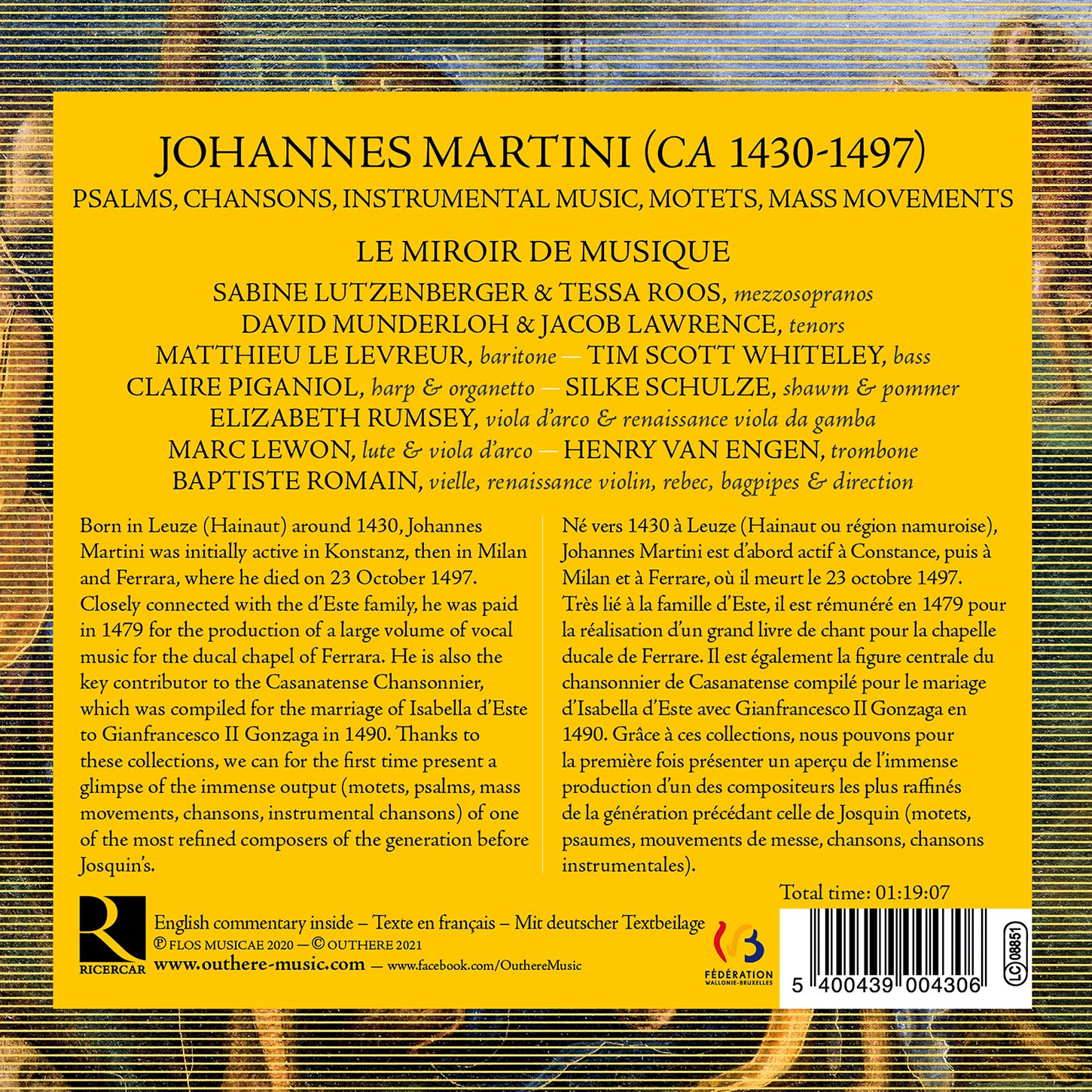 
Born in Leuze (Hainaut) around 1430, Johannes Martini was initially active in Konstanz, then in Milan and Ferrara, where he died on 23 October 1497. Closely connected with the dEste family, he was paid in 1479 for the production of a large volume of vocal music for the ducal chapel of Ferrara. He is also the key contributor to the Casanatense Chansonnier, which was compiled for the marriage of Isabella dEste to Gianfrancesco II Gonzaga in 1490. Thanks to these collections, we can for the first time present a glimpse of the immense output (motets, psalms, mass movements, chansons, instrumental chansons) of one of the most refined composers of the generation before Josquins


Johannes Martini (c.1430-1497) hadn't made much impression on me, and so I guess it comes as something of a surprise to be reminded that he left so much music, including e.g. eight mass cycles in one manuscript (originating in Ferrara). And that reminder comes in the form of a dedicated, cross-genre program from the generally excellent — although I still don't appreciate the frequent instrumental doubling, "period" (Italian) or no... — Le Miroir de Musique ensemble.

There they position Martini as an early instrumental composer, and illustrate some stylistic changes through the second half of the fifteenth century.... But I guess Martini still doesn't make that much impression on me: Actually I tend to notice the vocal pieces more, just in terms of the fine singing & bigger sound, but close attention doesn't suggest that they're among the era's best. (E.g. Tinctoris, for whom Le Miroir de Musique also produced a program, doesn't include Martini in his discussion of prominent composers. Indeed, besides dying the same year as Ockeghem, Martini seems to have been a close contemporary of both Tinctoris & Busnoys — & somewhat older than Caron, Compère, Agricola....) And relatively speaking, the instrumental pieces fly by without making an individual impression; the program likes to change the instrument families on different tracks to add color.

Martini does show an early penchant for reworking other material (i.e. anticipating the parody mass), but his reworkings end up seeming more cobbled together than they do profound.... Anyway, I appreciate the opportunity to hear this program, and so to gain a more personal impression of "another" composer from the glory days of the late 15th century.... This increasingly distinguished group of musicians does appear to have illustrated his broad output rather well. (And so when will they be tackling a fifteenth century program less on the fringes?)