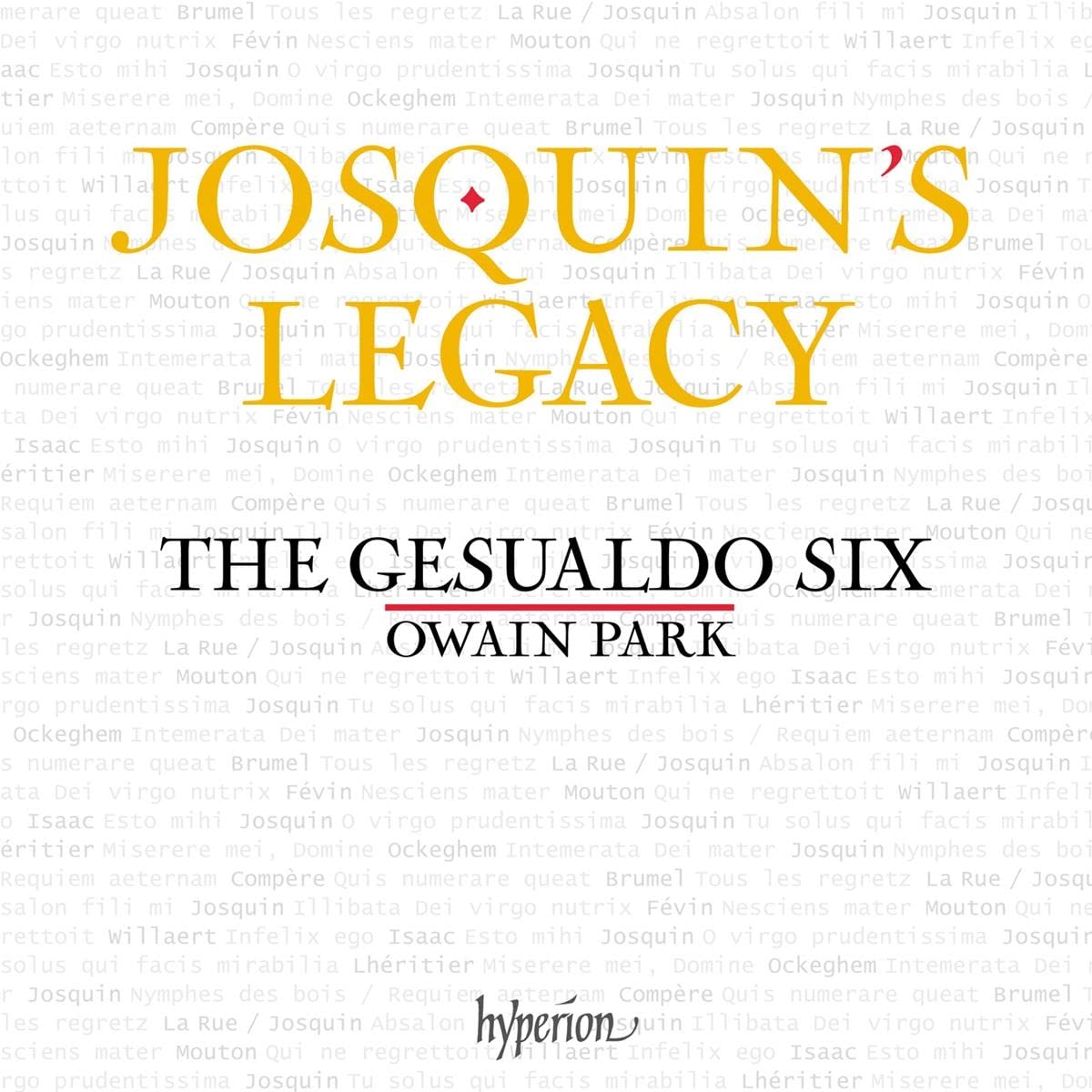 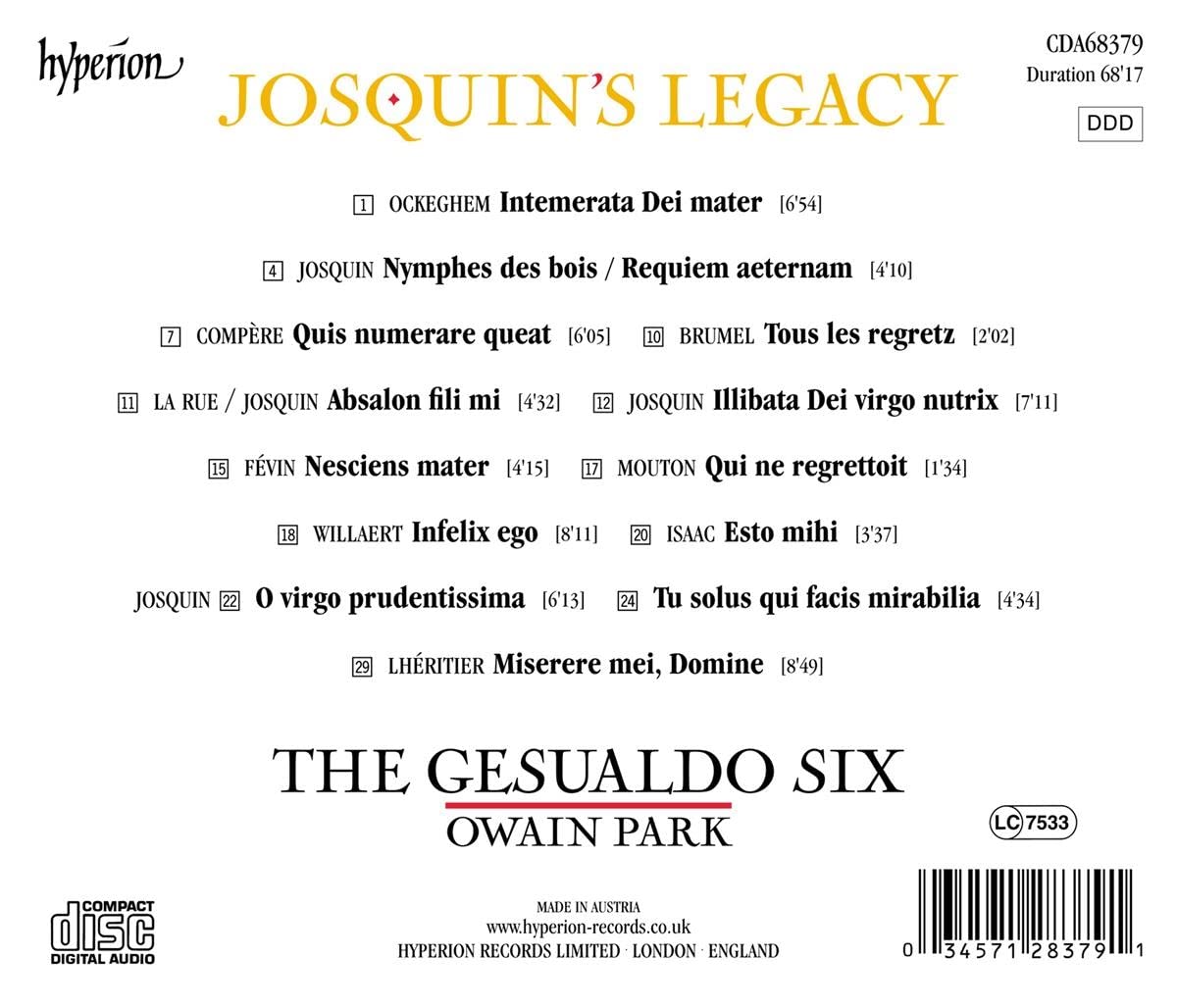 
I haven't tended to note interpretations with later stylistic orientations in this space, but did say I'd review all of the Josquin anniversary issues, and have already started in that direction.... So, Josquin's Legacy by The Gesualdo Six does actually present an appealing approach to vocal tone (both high & low...), although it's clearly oriented on later music: The liner notes even begin by linking the program to Gesualdo! But at least that's clear & sincere. In any case, although the singing is "impressive" & the program is (in principle) appealing, the later style tends to wash right over me... the sequence of "points of imitation" blurring from one into the next. Without the fifths ringing out, the acoustic structural markers just aren't there, and it produces a hazy feeling for me (even a headache — & in another sense, does actually make the singing more impressive, since the references aren't there).

The notes also ignore matters of "approach" to the music, instead suggesting or implying various universalizing messages, i.e. about how music "just is," i.e. in some timeless way — such that I found myself thinking of these performers as simply reading a choral score (once set into contemporary format...) as they would any other... although there's also a sophistication here suggesting more than that (presumably via their regular, 17th century orientation). And there's a sort of prettiness & grit together in the vocal tone that I do enjoy, as well as impressive (e.g. rhythmic) precision & articulation, even if the whole production seems bizarrely anachronistic.... (Opening with the Ockeghem motet & other 15th century pieces makes this very clear very soon. And then e.g. the Lhéritier does eventually sound "right," articulated structurally by thirds....) But the formal impact isn't generally there for me anymore (... almost as if it's been abandoned along with its context).