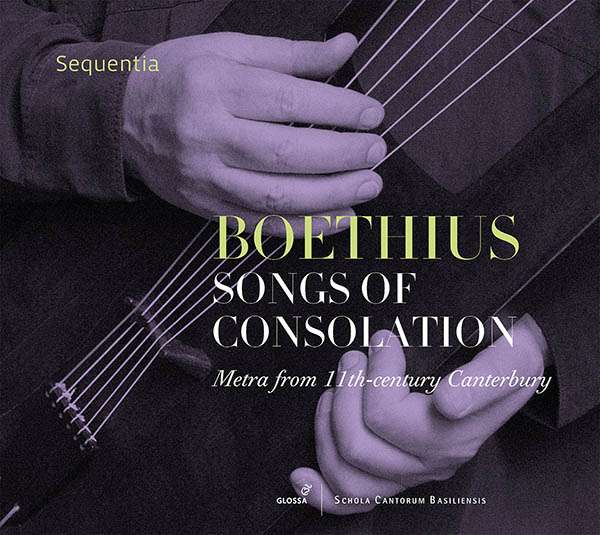 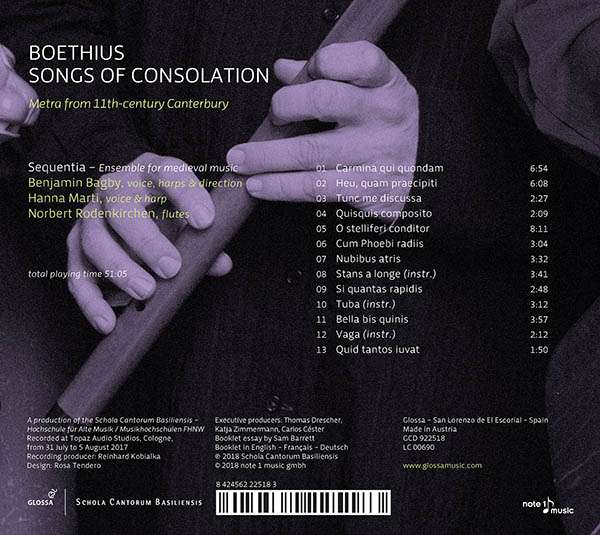 
I've kept an eye on Sequentia's productions of music prior to or from outside of the geographic or cultural confines of "regular" medieval music, i.e. the emergence of both the vernacular troubadour repertory & two-voice polyphony out of the Carolingian Renaissance and into the Notre Dame phenomenon.

By the twelfth century, and especially into the thirteenth, whereas there are various musical mysteries of various scopes, there is also a large supply of documents & materials — written music, often from a variety of sources, theoretical or other textual discussions, etc. The volume of material allows for a kind of cross referencing, especially as iterated through various practical performance opportunities over the years, that in turn builds confidence in a correspondence between today's musical results & earlier sounds.

I shouldn't overstate this confidence or correspondence, however, as e.g. details of tuning have only been investigated over the past couple of decades, and details of vocal timbre even more recently, etc. And so, whereas the earlier or adjunct material that has continued to fascinate Sequentia over the years comes with less direct information to study, and so brings more uncertainty, in many ways, that's only a matter of degree. (One might even say that this material brings more to study, as the absence of direct sources can prompt studying an entire surrounding web of indirect sources... up to the limits of cultural production in total.)

Still, my interest emerges with those better known repertories, the pre- & Notre Dame polyphony, and the troubadours, and indeed intensifies with polyphony of the fourteenth & fifteenth centuries.... From that perspective, the mysterious monophonic songs pursued by Sequentia have seemed less compelling, musically speaking, and not simply more obscure. However, while this material might be musically obscure, it's often culturally just the opposite: E.g. the Icelandic sagas or indeed Boethius's Consolation of Philosophy are iconic, the latter having broadly conditioned Western thought well into the Renaissance period (after directly influencing e.g. Machaut & so many others...) & beyond.

So all that said, whereas I wanted to hear the new Songs of Consolation reconstruction from Sequentia & scholar Sam Barrett, I had no expectation of putting it onto my personal list — but the music itself won me over, even to the point of rearranging some sections in that part of the site. The interpretation is largely based on deciphering (via cross reference, trial & error, etc.) notation surviving from Canterbury in the 1000s, i.e. roughly 500 years after Boethius. (And so, whereas one might consider the accuracy of this reading of 1000s notation, there is little or no way to judge its correspondence with the sixth century sound world of Boethius. I'll simply set such a presumptive correspondence aside.)

This has not been Bagby's first attempt with this music either, but Barrett's work (published in a large 2013 study) seems to have taken the reconstruction to another level: Again, whether or not this music is "accurate" in any sense, it is certainly striking, and creates a uniquely affective album today. (And as the notes suggest, the principals spent many years working on this music, both together & separately. This result didn't arrive overnight. There is also apparently a "making of" video on Youtube, but I don't patronize the garish & obnoxious "Youtube," so can't say anything else about that.)

In other words, I have no direct way to judge the accuracy of the reconstruction, but it's not derivative: It forges a real style, whatever that style may be. Beyond the murky "earliness" then — and the program includes some of the earliest surviving Western European instrumental tunes as well — this is also aristocratic music, in the direct sense with Boethius himself, but also prefiguring the elite impulses giving rise to the troubadours & Notre Dame (& indeed Western philosophy). Its historical influence is thus a highly charged one. Yet, crucial to this space, one actually has the feel of listening to something new... er, I mean, I guess, old. The strength of the musical result was thus also quite unexpected.