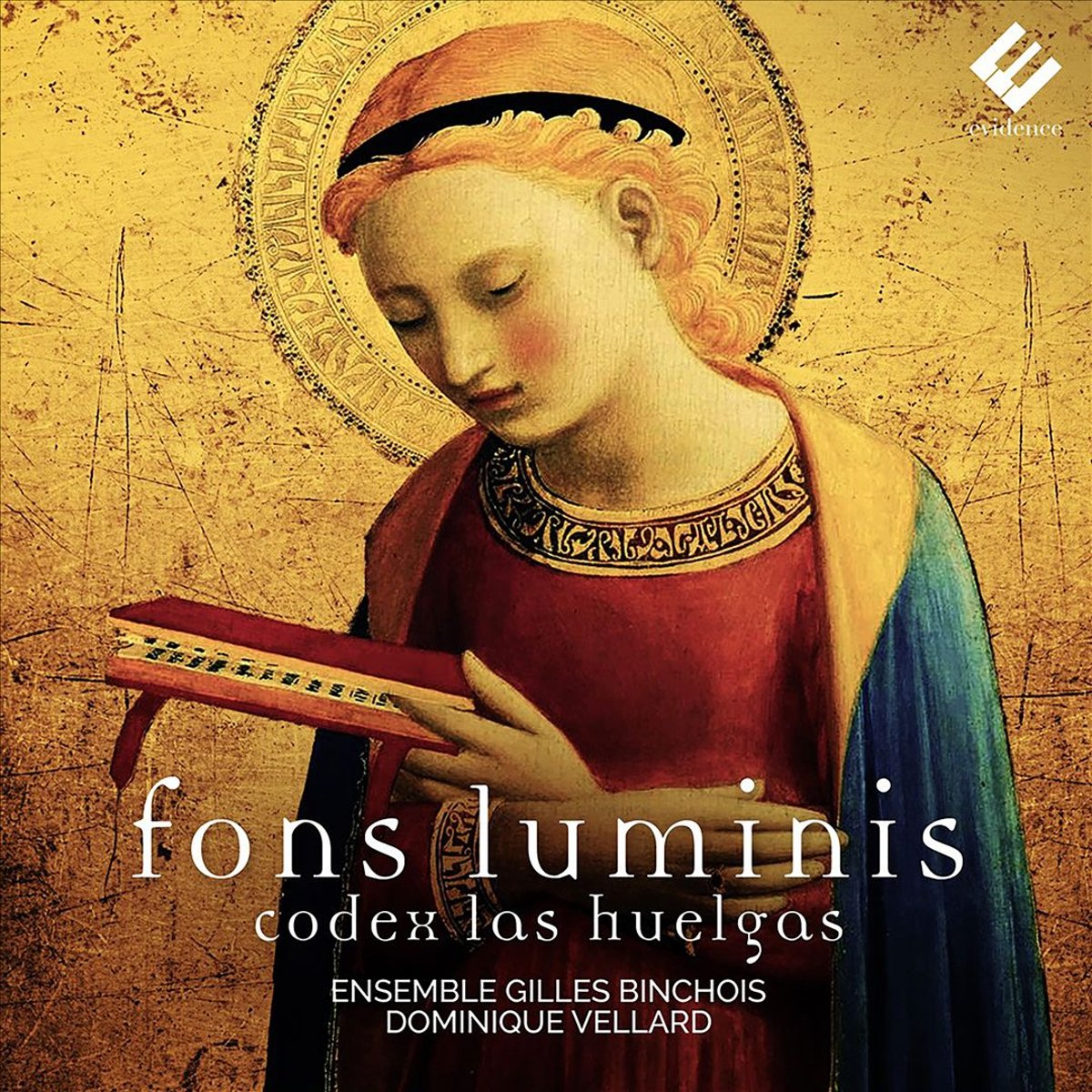 
Ensemble Gilles Binchois has returned, once again, to Notre Dame repertory (or, in this case, the allied Codex Las Huelgas) with Fons luminis, an anthology involving a variety of genres from the period. I don't know that I really have much to say about this new effort (once again) on Evidence Classics, but do want to note here that I added it to my personal list. Performance practice seems to be quite advanced in this repertory at this point, which is always a welcome development. I guess I should add that it's something of a historical accident (with regard to interpretive programs) that there are two versions of Perotin's Sederunt principes on my list, but now none of its companion, Viderunt omnes. Isn't it about time for someone to take another pass at a "complete" Perotin album? (The present program is entirely anonymous, which is certainly not an indication of low quality, but does leave the pieces with less sense of history, however illusory that might be.)


Ensemble Gilles Binchois has been involved with the Notre Dame repertory — & this Las Huelgas program is undertaken in relation to the Notre Dame repertory that dominates it — for more than thirty years now, and so the interpretations continue to gain in refinement. As the most recent issue, these interpretations are particularly rich in detail. The Las Huelgas orientation also brings justification for a female ensemble, and the resulting variation in sounds & textures (with the all-male groups employed on some tracks) is welcome as well.

Regarding the repertory, it's an interesting selection among a relatively vast array of possibility. That it covers a variety of forms is welcome, and various individual pieces do have distinctive qualities, even as no particular pieces really stand out amidst the repertory as a whole. (There are none of Perotin's massive quadruplex pieces, for instance, although the concluding organum does have a potent quality.)

Altogether, this program & interpretation do paint a vivid musical picture, one of many that might be painted.