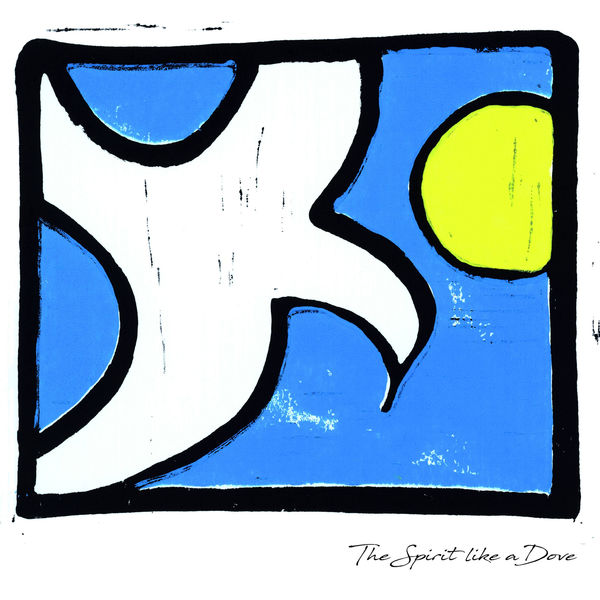 "To be released on February 16, 2018 by VCM Records"
https://www.qobuz.com/gb-en/album/the-spirit-like-a-dove-apollo5-ingenium-ensemble/khygi350rlnjb


"This recording makes the argument that the mass, attributed to Josquin in its only source, but rejected decades ago on stylistic grounds, is actually by Josquin."
http://www.medieval.org/emfaq/cds/vcm122.htm "If after listening anyone says that perfection does not exist, then I do not know what could be better than that."

Surprised to see Josh Cooter on the Apollo5 pictures, though he doesn't seem to appear on this very interesting recording.

I've never been one to root around in archives or scour original sources for personal information about composers (nor have I wanted to be): I've been more interested in the music "itself" and simply read such personal details as others uncovered them.

As the scare quotes imply, though, there's really no such thing as context-free music, and even though a general context for c.1500 sacred polyphony clearly exists, I'm obviously not immune to thinking about individual pieces according to the composers who wrote them. It can be helpful in appreciating the music — as can various other details of circumstance that sometimes emerge from the historical record, or alternately remain obscure.

Meanwhile, given the high reputation of Josquin Desprez, if not the towering (and, to me, overstated) reputation sometimes portrayed, I always imagined that the details of his life & work chronology would eventually resolve themselves to a much greater degree. Even when the Milanese Josquin (Dascanio) started throwing question marks into some long-accepted narratives, I expected clarity to re-emerge. Well, at this point, biographical clarity is starting to look unlikely (or finally seeming impossible). Indeed, it seems we might have to accept never really knowing what is or isn't part of Josquin's body of work, and not only in a few fringe cases, but across a broad swath of otherwise major pieces.

I've also been involved (at times) in making judgments on whether a piece "sounds like" it's by a particular composer, and sometimes I feel pretty confident about that, but at this point, Josquin's work is so diffuse — if that term makes sense — that it's actually becoming difficult to eliminate anything stylistically. (One might still make judgments based on quality, but there are early pieces, e.g. Missa Une mousse de Biscaye, that betray even that notion.)

The alternative would seem to be to restrict his confirmed output to a handful of prominent works that are usually taken to anticipate later style (i.e. Palestrina), and that's part of the issue: Josquin's reception has been so strongly conditioned subsequently, and based on so many historical prejudices derived from "progress" orientations toward modern music, that such an "arc" of development has taken on a life of its own.

However, as a recent recording, by a couple of previously unknown ensembles, of a Missa Quem dicunt homines — attributed to Josquin in its only source, but dismissed stylistically in the mid-twentieth century — indicates (and the accompanying discussion brings out many of these issues), there might be (among other things) later parts of his output that are in new styles.

In fact, perhaps his stylistic range was quite broad: We seem to think nothing of this being the case for e.g. Isaac, but then, Isaac is not taken as the paradigm for modern musical development. (Moreover, similar questions have already existed around e.g. the Missa Di dadi, which I particularly enjoy, and are even being considered around other prominent works. So this has been a simmering issue.)

Whereas the previously unknown singers do indulge in some clichés of modern Renaissance choral interpretations such as muted timbres, ritardandi, and sighing dynamics, they do actually keep a good pulse & project a strong rhythmic energy. (In fact, it's largely the opening Richafort motet to which those complaints apply, so that's probably a matter of the music itself.)

Consequently, the interpretation didn't make a strong impression on me at first, but the more I listen, the more I appreciate the work they've done to bring this music to life, and the album has been added to my personal list. (I also wonder how long it took to make the recording, as this information is entirely absent from the documentation.) The mass cycle itself takes up some notions from the French court around Richafort & other composers who haven't particularly struck my ear: That circle, one Josquin would have taught & inspired, is the origin of the specific style of the mass, as well as of the original thematic material.

Within that orbit, the present mass seems to have had some prominence: Josquin's former students convinced him to write a parody mass to join — or even validate — their project? It's an intriguing idea, and the result is impressive — even "showy," & as the notes argue, Josquin did like to outdo others musically. This is a parody mass of high density & uncharacteristic dissonance (for Josquin), but it also shows such a sense of elegance.... The fast repetition of short motifs is characteristic of Josquin in many works, but one thing this mass doesn't do is build to longer, more climactic movements — its arc is more centered, a la La Rue. (Perhaps this is due to the use of a motet for the Elevation, for unknown reasons. And I guess the entire mass is made to end with the feel of a question? That aspect could have been handled a little better in the interpretation.)

So if the Missa Quem dicunt homines is by Josquin, it adds a new dimension to his output. (I guess that goes without saying. Perhaps the consonant, Italianate Josquin, in which I would e.g. include the Missa Pange lingua, was never the "final" Josquin then?) The first recording of Josquin's "other" genealogy motet also grows in prominence with exposure, seeming less awkward (that based mostly on the challenging text) & even potent. Altogether, this is an impactful album, seemingly from out of nowhere.