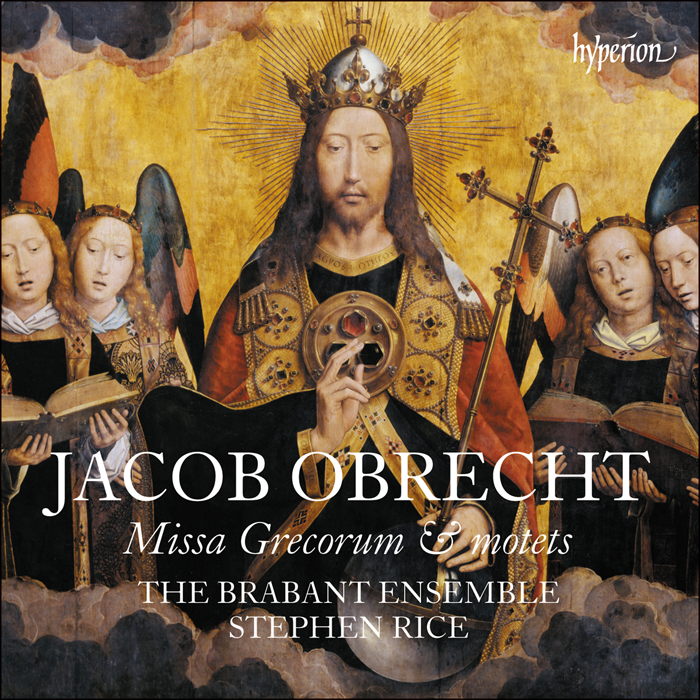 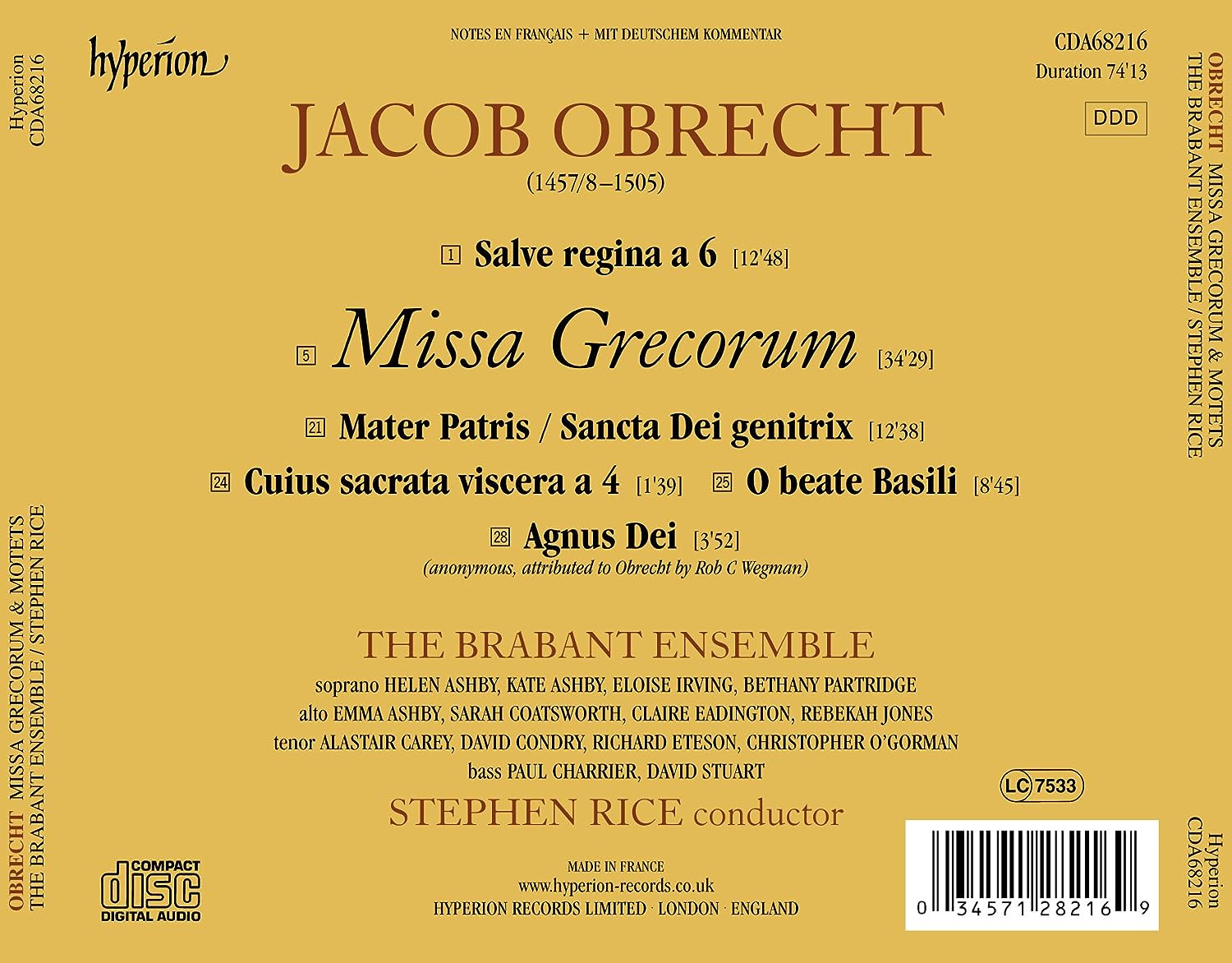 
Although they've mostly focused on later music, and their interpretive style still owes quite a bit to the even later English Cathedral repertory (with its large, stratified ensembles), I was very appreciative of the Brabant Ensemble's La Rue disc, and especially its Missa Inviolata, which has become one of my favorite La Rue cycles. So of course I was going to listen to their Obrecht disc, which involves music from a couple of decades earlier still. (I'll also note that a recording like this, i.e. a late December release, would have made me crazy back in the days of doing year end reviews. I'm glad that's no longer an issue.)

The major work on the program is the Missa Grecorum, presumably part of Obrecht's mature & characteristic outpouring of mass cycles c.1490, but it includes other premieres as well. The tune behind the Missa Grecorum is unidentified, but possibly has a connection to the Eastern Church via Vatican ceremonies. Unlike the more rhetorical Missa Inviolata, though, I don't hear the Missa Grecorum as a major "new" work: I'm not sure that it improves my appreciation for Obrecht at all, in fact, although it's an enjoyable piece of music. The (also premiered here) motet on St. Basil is more intriguing in this regard, but the performance starts to weigh on my appreciation: Although the feeling of "rhythmic shear" from e.g. the opening homophony of the mass is striking, the ensemble often seems to be playing catch up, i.e. to lack rhythmic vigor, even becoming mechanical & ponderous at times. It doesn't seem that Brabant's typical mid-16th century orientation fits Obrecht's music very well, since it requires rhythmic precision together with an ecstatic quality. The vocal blend likewise seems more out of joint here than on their La Rue (which deploys more explicit alternation anyway), with high voices sometimes sticking oddly out of an otherwise muddy texture.

The opening Salve regina seems so foggy & stagnant... although the mass interpretation that follows has some appealing sections. (I'm not happy with the proliferation of track markers either, since as noted elsewhere, that makes it more difficult to program e.g. a single mass. Perhaps I should have complained more when A:N:S Chorus started doing this, but then, their recordings were truly new & exciting....) Nonetheless, this is the most ambitious Obrecht program in a while, and so worth hearing. Actually, it's unclear to me if there's anything exciting left to discover in Obrecht's masses (which remain his most important works). I wouldn't bet against it, though.